The studio behind ‘Wallace and Gromit’ launches initiative with a series of short, animated films portraying the challenges most commonly faced by young adults, including loneliness, perfectionism, competitiveness, independence, and social media. 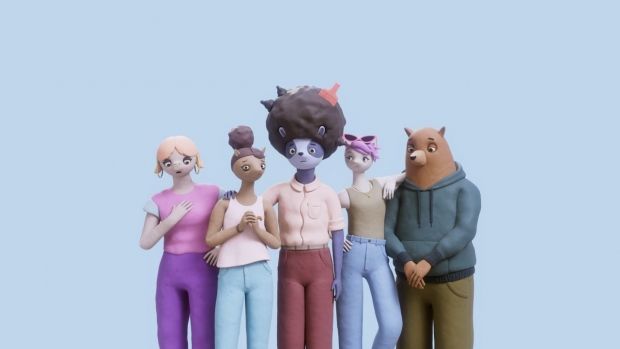 The studio behind the hugely successful Wallace and Gromit franchise, Aardman, has teamed up with leading researchers and mental health charities to create the promotional campaign “What’s Up With Everyone?” The campaign, designed to raise mental health awareness among young people aged 17-24, launched with a series of short, animated films that aim to genuinely represent challenges faced by this demographic.

The films, which launched across social media this week alongside a supporting website, introduce five characters, each of whom is contending with an issue related to loneliness, perfectionism, competitiveness, independence, and social media, which are five of the most common issues negatively impacting young people, according to the campaign’s research.

The films feature 2D animation along with Aardman’s signature specialty, stop-motion, giving an engaging, authentic voice to the campaign’s narrative.

Isolation and Loneliness: What’s Up With Everyone?

Perfectionism: What’s Up With Everyone?

Competitiveness: What's Up With Everyone?

Independence: What's Up With Everyone?

Social Media: What's Up With Everyone?

The partnership comes at a time when the pandemic has increased focus on youth mental wellbeing, with reports that two thirds of young people have experienced worse mental health during the period of lockdown restrictions.

A July 2020 NHS survey also showed that one in six children and young people had a probable mental health disorder, compared to one in nine in 2017, while the Office for National Statistics (ONS) discovered that more than half of all University students (57%) reported a worsening of their mental health and well-being since the beginning of the autumn term in September 2020.

The collaborative project, commissioned and funded by the Arts and Humanities Research Council (AHRC) that involved Loughborough University’s Storytelling Academy, will develop and evaluate the impact of a series of animated stories aiming to increase young people’s mental health literacy.

“We set out to produce short films which young people could relate to, something that felt genuine and honest,” commented Aardman’s animation director Daniel Binns. “We wanted to create content that could come up on someone’s social media and elicit the response 'I know that feeling'. We want people watching them to see a little of themselves in the characters and their stories and that be the start of thinking about how they feel, or cope and how it could be better.”

“What really sets this project apart is that it's been co-created with young people at every step,” continued Binns. “Their input alongside those of our experts, has been invaluable and enlightening, enabling us to craft authentic and effective resources that can make a genuinely positive impact.”

“These wonderful short, animated stories should help all our young people to think about and explore solutions to the kind of mental health challenges that come with difficult life transitions such as heading off to university or college or starting in training or employment,” explained Professor of Health Humanities and Principal Investigator, Paul Crawford. “The films and supporting online resources will be very welcome at this time, with all the disruption and anxieties in the wake of the coronavirus pandemic. As well as providing a much-needed mental health resource, this campaign forms part of a wider research project that will also evaluate how effective these creative platforms are as a way of reaching the young people who need it, and ensuring help and guidance is easily accessible.”

"I have dedicated a lot of my life to working with young people and understanding their mental wellness in particular, which is why I’m delighted to be working closely with Aardman on this unique campaign,” added clinical advisor Dr. Dominique Thompson. “Through creating another avenue to help support the next generation of society, we hope that this campaign will really encourage young people to think about the world they live in and reflect on how they respond to it, so that they stay happy and healthy."

“It has never been more important to encourage people to understand what they can do to support their own and each other’s mental health,” asserted Dr David Crepaz-Keay, Head of Applied Learning at the Mental Health Foundation. “These resources will enable students to be at the heart of conversations about mental health and how we protect and improve it for generations to come.”