Stop-motion animated spot for the new Braun Styling Range uses real men’s beards along with advanced stop-frame animation techniques to take the viewer on a journey of eye-catching shapes, patterns and designs. 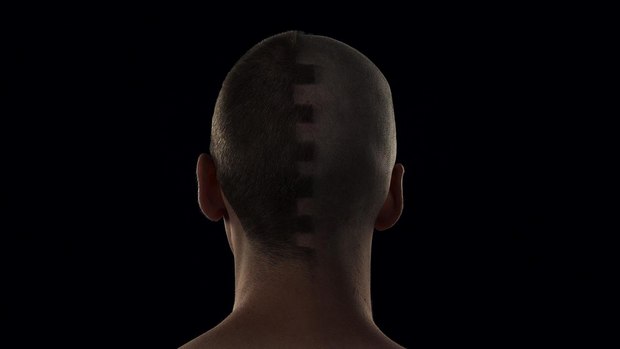 BRISTOL, U.K. -- Academy Award-winning studio Aardman recently partnered with Braun to create a stop-motion animation film using real men’s beards. Created to mark the launch of the brand new Braun Styling Range, the “Braun Beardimation” video uses advanced stop frame animation to take the viewer on a journey of eye-catching shapes, patterns and designs as they are etched into facial and body hair using the Braun styling tools. The video features faces, heads and chests of over 50 men to convey a scintillating story of precision that inspires creativity when it comes to shaving.

Aardman, best known for characters such as Wallace & Gromit, Shaun the Sheep and Morph, created the film by combining together the sequence of still images to create the illusion of movement. As with all stop motion projects, the “Braun Beardimation” film was all about planning. All creative designs were aligned in a way that allowed the pattern to move effortlessly from one frame to the next, and projection guides for the animators were lined up well in advance of filming.

“There is a lot of planning when it comes to creating a stop motion animation video. Stop motion doesn’t have an ‘undo’ button like CGI or 2D animation so it needs to be done right the first time,” explains Aardman’s Will Studd, director of the “Braun Beardimation” video.

Studd admits that the brief was very original and piqued his interest immediately. “What I liked most about this project was that it was a new way of approaching animation. From a design point of view, I really love that this was a graphic design project realized in stop-motion; it’s a 2D project achieved in a 3D world.”

Predictably, the “Braun Beardimation” project presented a number of challenges to the team who had no experience of working with human hair. “There were a lot of ‘firsts’ for me with this project,” explains Studd. “It was the first time I had worked with beards as my canvas so there was a lot of research into hair density, hair tightness, and hair growth patterns. It was also the first time I had ever changed the physical appearance of my models by cutting their hair. It was much more intimate than I have ever been to any other models that I have filmed with before.”

“We had some challenges with registration,” Studd continued. “Lining animation up whilst projecting the guides onto the faces and beards – as humans tends to move a fair bit more than puppets or clay! Because of this, the rigging has been really original; we have never had to rig in the way we have for this project so there’s been a lot of experimentation.”

Andreas Leibundgut, Assistant Brand Manager for Braun Male Power Grooming Global commented, “We are very excited to partner with Aardman on this unique piece of work. Braun has never undertaken a partnership like this one before and we are really pleased with the final result, the video perfectly demonstrates how a man’s face is the canvas to express his style. Our hope for this campaign is that it will inspire men to be creative and experiment with their looks, and we think it will do just that.”

Also featured in the “Braun Beardimation” video are a selection of Instagram influencers who are known around the globe for their enviable facial hair. Male models Andrea Hamman, Chris John Millington and Luke Ditella lent their facial hair to creative barbers to use as the canvass for their artistic designs.