Musical 2D-animated short aimed at helping children protect themselves from sexual abuse to be screened in cinemas across the U.K. 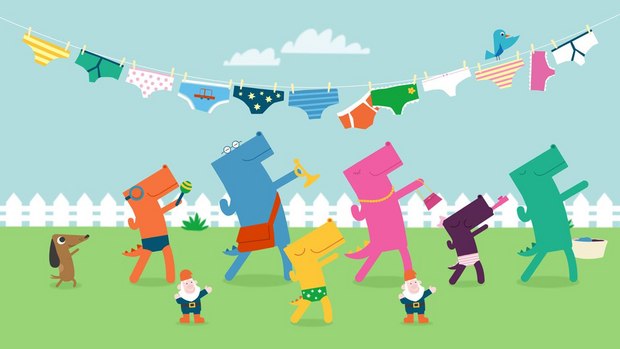 BRISTOL, UK -- Leading children’s charity, the NSPCC, has enlisted the help of dinosaurs to get parents talking to their children about sexual abuse. A catchy animation, made by Aardman, creators of Morph, Wallace & Gromit and Shaun the Sheep, is being launched in cinemas across the UK. A 30-second ad featuring the “voice of the X Factor” Peter Dickson will be shown to promote the full version of the animation which features dinosaurs explaining how to stay safe from abuse.

The NSPCC has teamed-up with Aardman to produce the new film as part of its “PANTS” campaign, which has already helped over 400,000 parents talk to their children about sexual abuse since it launched three years ago. It has also led to one conviction and a number of other disclosures of abuse from children.

The film is aimed at four to eight-year-olds, as talking to children about staying safe is most effective when taught at an early age. Last year a total of 10,757 offences against children under ten, 29 a day, were reported to police in England, Wales, Scotland and Northern Ireland.

Peter Wanless, CEO of the NSPCC commented, “We know many parents will struggle with the idea of talking to their children about sexual abuse but it’s vital if we want our children to understand how to stay safe. Parents know it’s an important conversation to have but don’t always know how to go about it. We hope our new child-friendly and catchy animation will act as a conversation starter helping parents to address the topic of sexual abuse without using scary words or even mentioning sex.”

The NSPCC worked with Aardman Animations and music production company Adelphoi Music to create the animation and song which features pant-wearing dino character Pantosaurus. “Talk PANTS” is designed to teach children that their body belongs to them, they have the right to say no and to tell someone they trust if they’re ever worried about anything.

Heather Wright, Executive Producer at Aardman added, “Humour, animation and music are a great way of making it less awkward for parents and young children to talk about this very difficult subject. The song has definite ‘earworm’ potential and I’m sure children will find it funny and memorable which will in turn give them the language they need to use to protect themselves.”