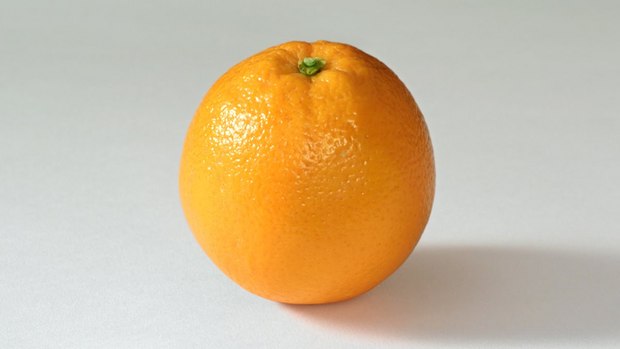 BRISTOL, UK -- The public is being urged to #sharetheorange in the new digital campaign for Alzheimer’s Research UK which launched on Facebook. The animation features an emotional plea by award-winning actor Christopher Eccleston, whose father died following a 14-year battle with vascular dementia. The film was conceived and directed by creative agency ais London, with animation by Aardman.

The 90 second live action spot challenges the general misconceptions around dementia through the peeling and dissecting of an orange, a metaphor for how the physical damage caused by diseases like Alzheimer’s (the leading cause of dementia) means the brain can weigh around 140g less than a healthy brain. The same weight as an orange.

Alzheimer’s Research UK and ais London hope that by urging the public to share the film and raise awareness across Facebook and other social channels, it will encourage open discussion and educate people to the reality that dementia is not just a by-product of age and is caused by physical diseases.  In the same way the public has vehemently rallied behind AIDS and Cancer charities in recent years, it is felt that better understanding of dementia will lead to increased conversation, awareness and action; ultimately encouraging the public to donate and help researchers find a cure quicker.

Geoff Gower, Executive Creative Director, ais London commented, "We understand one of the biggest challenges Alzheimer's Research UK faces is to dispel misconceptions about dementia. The condition is caused by very complex diseases that are difficult to communicate, so our task was to produce an ad that illustrates how diseases like Alzheimer’s affect the brain. In making the condition easier to understand, we hope the public will #sharetheorange and help spread the need to defeat dementia during our lifetime.”

“At the heart of the #sharetheorange campaign is a challenge for the public to share this thought-provoking video to address misunderstanding around dementia,” said Hilary Evans, Chief Executive of Alzheimer’s Research UK. “Major breakthroughs have been made in the battle against AIDS and cancer, and research will bring these same life-changing advancements in the field of dementia. To get there, we must stop fearing dementia as something that just happens as we age, and focus on fighting the diseases, most commonly Alzheimer’s, that are the rootcause of it. There are still no treatments that can slow or stop the disease processes in the brain, but with the support of a nation, Alzheimer’s Research UK will win the fight against dementia.”

Christopher Eccleston explained, “We have to think differently about dementia. We have to stop believing dementia is an inevitability; something that simply happens to us all as we grow older. If we don’t, we’re never going to truly fight it. Dementia is caused by diseases and diseases can be beaten. We’ve tamed diseases like cancer and heart disease and a diagnosis of either is no longer a certain death sentence.

People with dementia deserve this same hope. This film aims to show that dementia is caused by physical processes that scientists can put a stop to. While scientists fight dementia in the lab, by sharing the film anyone can fight the misunderstanding and fatalism that surrounds dementia in our society.”

Heather Wright, Executive Producer & Head of Partner Content at Aardman concluded, “Animation is a great way of communicating difficult messages, delivering them in an easily understandable and memorable way. Using the orange as a metaphor for the brain makes this film very strong because the idea and the execution work perfectly together.”