20 years after release of UK studio’s hit comedy, the highest-grossing stop-motion film of all time, we learn from filmmaker’s Annecy presentation that director Sam Fell and team will begin production next year on Ginger and Rocky’s new adventure. 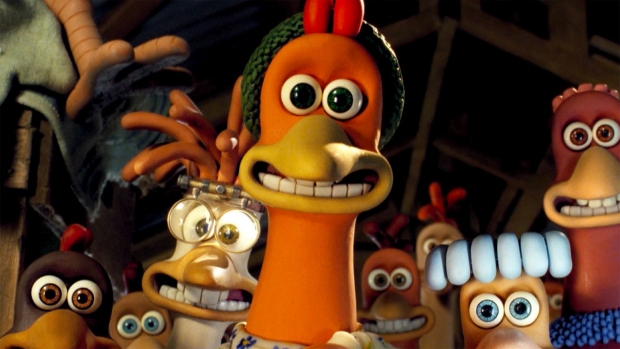 It’s only fitting that on June 23, 2020, 20 years to the day after the release of Aardman’s animated comedy, Chicken Run, the highest-grossing stop-motion film of all time, we learn that Ginger, Rocky and their brilliant UK puppet masters are teaming up once again! Shared during Aardman’s Making Of presentation at Annecy 2020 Online, the long-rumored sequel has been confirmed. According to Netflix, Studiocanal, who has financed and distributed Aardman’s features dating back to Shaun the Sheep Movie in 2015, along with Chicken Run financier Pathé, have struck a deal granting sequel rights to the streamer.

The unnamed sequel is set to enter full production in 2021 with Sam Fell (Flushed Away, ParaNorman) at the helm. Aardman co-founder and creative director Peter Lord, long-time Aardman producer Carla Shelley (Shaun the Sheep Movie, The Pirates! Band of Misfits) and Karey Kirkpatrick (Smallfoot) are returning as executive producers; Steve Pegram (Arthur Christmas) is producing. The script is being written by Kirkpatrick, John O’ Farrell and Rachel Tunnard. Nick Park, the Oscar-winning creator of Wallace and Gromit and Shaun the Sheep, will consult on the film.

In describing how the Chicken Run first came about, Park says, “As artists, we doodle all the time. When we were coming up with ideas for features, I happened to have a sketch in my sketch book of a chicken digging its way out of a chicken coop. In a way, that said it all.”

Lord adds that with a great story and Netflix’s support, the timing was finally right to move ahead with a sequel. “Fans around the world have waited patiently for a sequel idea worthy of Chicken Run so we’re delighted to announce, on the 20th anniversary, that we’ve got the perfect story,” he says. “And the relationship with Netflix is kind of perfect as well because they celebrate the filmmaker. They’re so filmmaker friendly. That’s very exciting. Now, we can make the Chicken Run sequel we wanted to. The one we really care about. And share it with a global audience.” Fell and team are currently in the storyboard stage, working from a script several years in the making. As the director explains, the story begins where Chicken Run left off. “Ginger’s got what she wanted. She’s found sanctuary with green grass under her feet. So, what’s the next chapter of her story?” The sequel will revisit the world of Ginger, who has finally found her dream – a peaceful island sanctuary for the whole flock, far from the dangers of the human world. When she and Rocky hatch a little girl named Molly, Ginger’s happy ending seems complete. But back on the mainland the whole of chicken-kind faces a new and terrible threat. For Ginger and her team, even if it means putting their own hard-won freedom at risk – this time, they’re breaking in!

Molly grows up quickly, and kind of outgrows the island, curiously wondering what’s out there. Her parents know the answer all too well. Fell notes, “Ginger knows the world finds chickens delicious. Then they become aware that something horrible is going on in the mainland, a new threat to chickens.” The director adds, “It will be fun and games seeing these chickens back in action, all the gadgets, the kit. We’re moving towards almost an almost tribute to Mission Impossible…elements of heist, how they’re going to pull this break in off.”