Aardman and CITV Reveal ‘Lloyd of the Flies’ Voice Cast

New CGI comedy series about a housefly – a middle child of 453 – his little sister, and their ongoing misadventures is the flagship project for the government's Young Audiences Content Fund; show set to air Autumn 2022. 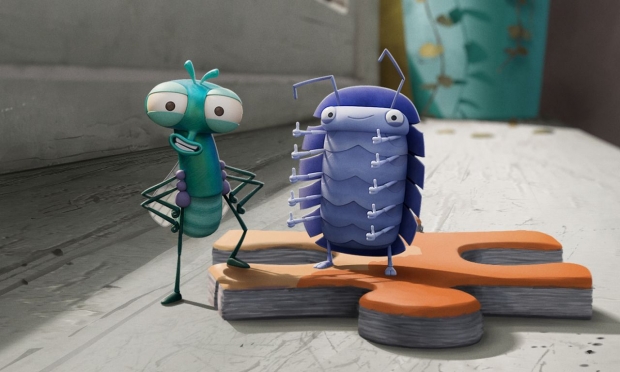 Aardman and CITV have just announced the voice cast for their upcoming CGI comedy series, Lloyd of the Flies, currently in production and set to air in Autumn 2022.

The cast includes Tom Rosenthal (Friday Night Dinner, Plebs) as Lloyd, a housefly and middle child of 453 with plenty to prove. With his best friend Abacus Woodlouse, little sister PB, and eccentric tagalong Cornea Butterfly at his side, Lloyd is all set for misadventure in a family sitcom comedy of entomology.

According to Rosenthal, “Despite the fact that I believe Lloyd of the Flies to be a work of genius and am thrilled to bring these fantastic stories to life, the amount of people who have told me that I do actually sound like a fly has begun to get hurtful.”

Lloyd’s best friend Abacus will be voiced by Alex Lawther (The End of the F***ing World, Black Mirror), with Lauren Patel (Everybody’s Talking About Jamie) as PB, Teresa Gallagher as Cornea Butterfly, and Callum Scott Howells (It’s A Sin) as Lloyd’s nemesis, Berry. Additional voice actors include Pearl Mackie and Rob Rackstraw as Lloyd’s parents, Gena and Malcolm, Ayesha Antoine as Julie and Libby, and Marcel McCalla as Ampersand and Bob.

With a mix of 3D/CG and 2D, Lloyd of the Flies is the first CGI series to be produced entirely in-house at Aardman’s headquarters studio in Bristol.

Lloyd of the Flies is the flagship project for the government-funded Young Audiences Content Fund (YACF), which is managed by the BFI and supports the creation of distinctive, high-quality content for audiences up to age 18. The Fund offers production funding for projects which have secured a broadcast commitment from a UK Public Service Broadcaster to make the program available to a UK audience on a free-to-access, Ofcom-regulated service.