‘1917’ also takes home Oscars for Best Cinematography and Sound Mixing in the final ceremony of the 2020 awards season. 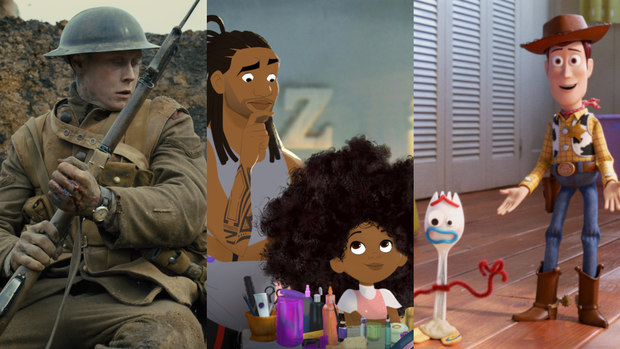 “There's people from all over the world working there that are supporting these films and we're just so proud of the work they did,” producer Mark Neilson commented backstage following his award for Toy Story 4. “You know, the three of us are just standing up here to represent this film, but it was really 250 artists from all around the world back at Pixar that helped us build this thing over a five-year period. So, we're just so grateful for all the work the crew did.”

“Thank you so much to the Academy and everybody out there that supported this film,” said producer Karen Rupert Tolliver, in accepting the award for Hair Love. “There were lots of you. We share this award with you. There were so many filmmakers that worked so hard on this and it was a labor of love and it was because we have a firm belief that representation matters deeply. Especially in cartoons, because in cartoons that’s when we first see our movies and it’s how we shape our lives and think about how we see the world.” “Hair Love was done because we wanted to see more representation in animation,” added the film’s director Matthew A. Cherry. “We wanted to normalize black hair. There’s a very important issue that’s out there; it’s the Crown Act. And if we can help to get this passed in all 50 states, it will help stories like DeAndre Arnold’s, who’s our special guest tonight, stop to happen.” Backstage, he added, “You know, for us, you know, this was kind of an opportunity, I think, to put a little bit of positivity in animation… So, to be here and doing something like this with black hair and black families, it's just, it's literally a dream. And I never would have thought in a million years we would win an Oscar for something like this. It's crazy.”

“Thank you for the Academy for this tremendous honor,” 1917 production VFX supervisor Guillaume Rocheron said in accepting the award. “1917 is what you call a dream project, an opportunity to challenge how we approach visual effects, but also a chance to collaborate with some truly fantastic people. Thank you to Sam Mendes for being so inspirational and leading us through this epic journey.”

See the full list of nominees and winners for the 92nd Academy Awards below:

Actor in a Leading Role

Actress in a Leading Role

Actress in a Supporting Role

Actor in a Supporting Role