Contenders in the animated feature, animated short film and visual effects categories share their initial reactions to their nominations for Oscar gold. 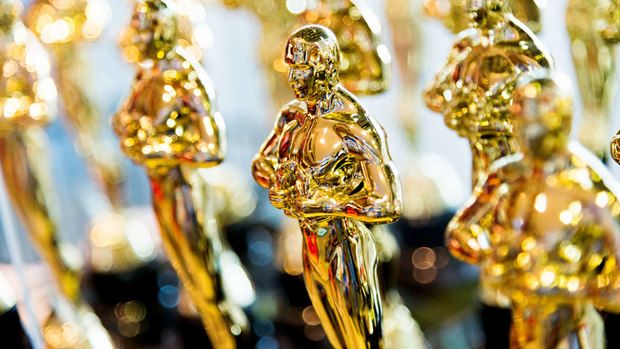 Each year, we greet the annual Oscar nomination reveal with excitement and perhaps just a touch of anxiety -- huddled around our computer screens, we hunker down to digest the list of nominees with cheers and the occasional furrowed brow, silently marveling at the depth of talent and scope of creativity demonstrated by the most recent crop of fantastic films and the creative professionals who made their production possible.

The 2018 field of animated and VFX-driven films once again exemplifies how innovative and vibrant visual artistry helped filmmakers successfully share their stories, whether intimate or expansive, with audiences around the world. The inherent downside of any award competition is the shallow assumption that such efforts are zero sum affairs -- “winners” be praised; “losers,” for the most part, ignored. But popularity and politics aside, this year’s awards season has been filled with shortlists, nominee selections and winners who would all be worthy choices in the Oscar derby. Whether streamed, screened or broadcast, acknowledged by festival judges, guilds or general audiences, this year’s roster of animated shorts, features and visual effects-rich films amply demonstrated the power of the moving image.

All year long, AWN does its best to focus attention and commentary on celebrating the artists, who all toil relentlessly -- for the most part anonymously and often for years -- to share their creative vision with an audience. Their perseverance, dedication and commitment entertains us, moves us and inspires us. They are all worthy of our praise.

We’ve spent a good chunk of the day contacting every nominee in the animated feature, animated short and visual effects categories to get their initial reactions, asking “How does it feel to join a select group of artists who’ve been recognized by the Motion Picture Academy for being the best in the business?” Read their responses below, and stay tuned for AWN’s continued coverage of the 91st Academy Awards as we enter the home stretch of the race to see who takes home Oscar gold this February 24th.

“We made a film about the most mysterious and important superpower of all -- family. I’m very grateful to the Academy for honoring the large and talented team behind Incredibles 2 with a nomination. And to anyone contemplating making a movie sequel, I strongly recommend waiting 14 years between installments.”
— Brad Bird, Director, Incredibles 2 “Thanks to the Academy for recognizing Isle of Dogs with a nomination for Best Animated Feature. Our very large crew of talented actors, artisans, animators and their various four-legged friends are very excited for this honor. And congratulations to Alexandre Desplat as well on his nomination for his wonderful score!”
— Jeremy Dawson, Producer, Isle of Dogs

“I am speechless, grateful and honored that the music branch has chosen me for yet another fantastic collaboration with Wes Anderson. Wes is a wonderful artist and composing for his films always challenges me, taking me far from any expectations. Congratulations to Fox Searchlight and to my fellow nominees.”
— Alexandre Desplat, Oscar nominee, Best Original Score for Isle of Dogs “I have just received word that Mirai has been nominated for the 91st Academy Awards. I am really surprised and also deeply honored. This film is about the everyday life and growth of a young child, depicted in a matter-of-fact way. The fact that it has been chosen with the other films about heroes is very meaningful and significant to me. I would like to express my sincerest gratitude to the Academy of Motion Picture Arts and Sciences for selecting this film.”
— Mamoru Hosoda, director, Mirai

“I am so happy for Mamoru Hosoda, Yuichiro Saito, the entire team at Studio Chizu, and everyone at GKIDS for taking us to the Oscars six years in a row. Go see Mirai!”
— Eric Beckman, Founder & CEO, GKIDS

“To be recognized by the Academy in such an incredible year for animated films is deeply humbling. We are honored to represent the wonderful artists and technicians at Walt Disney Animation Studios whose artistry and passion brought this story of a friendship put to the test to life.”
— Ralph Breaks the Internet Directors Rich Moore and Phil Johnston and Producer Clark Spencer

Spider-Man: Into the Spider-Verse (Sony)

“This is an incredible honor. We’re grateful to the Academy for recognizing the work of more than 800 artists and filmmakers who came together to tell the extraordinary story of Miles Morales in a groundbreaking way. In the last few months we’ve heard countless stories about parents whose children looked up at them while watching the film and said ‘he looks like me,’ or ‘they speak Spanish like us,’ or ‘I want to grow up and be like her.’ It’s such a simple concept but that is the reason so many people worked so hard -- to make a movie that was worthy of Miles and makes everyone feel powerful and seen. Now more than ever, the world needs everyday superheroes and we are counting on everyone.”
— Phil Lord & Chris Miller, Producers, Spider-Man: Into the Spider-Verse

“Although we flew under the radar for years, we always felt that Into the Spider-Verse could be something special. We never dreamed, though, that it would have the effect it has had on the diverse, passionate audience it has attracted. While making our movie we tried to push through every boundary we could that dictates what a popular movie can look like -- all in the service of a story about finding common ground between different people from different worlds. To be nominated for an Academy Award is a huge honor, and means our movie will continue to reach more people around the world and inspire work that pushes far beyond us. We thank the Academy, our talented colleagues, and the vocal, dedicated audiences who advocated for us and carried us here.”
— Bob Persichetti, Peter Ramsey & Rodney Rothman, Directors, Spider-Man: Into the Spider-Verse “We are so touched and honoured that Animal Behaviour has been recognized this way by Academy voters. We are grateful for the fantastic support the film has had from everyone who worked on it in Vancouver, Montreal and at the NFB. It’s wonderful to come back to making a short film with the NFB after so long and have this recognition. Humbling, to say the least.”
— Alison Snowden & David Fine, Directors, Animal Behaviour

“The NFB has long been recognized as the home of great animation storytelling, thanks to one-of-a-kind filmmakers like Alison and David. It’s been fantastic to welcome them back and work with them to bring another wonderful story to life. Congratulations to producer and executive producer Michael Fukushima and to everyone who’s contributed to Animal Behaviour -- it’s an exciting day for the NFB and for Canada.”
— Claude Joli-Coeur, Government Film Commissioner & NFB Chair “This nomination means so much to us and the whole Bao crew. We are honored to be included with such an inspiring collection of shorts. Bao was a very personal film for all of us and we’re so glad that it has resonated with audiences. We’re off to call our moms!”
— Domee Shi (Director) and Becky Neiman-Cobb (Producer), Bao “Wow!! We’re over the moon to be nominated, huge thank you to the Academy! It’s been an amazing journey and we couldn't have done this without the support from everyone at Cartoon Saloon. The whole team worked so hard on the film and we wouldn’t be here without them, thank you guys! We are so excited to be heading to the Oscars, but tonight we’re going to celebrate with the crew! A huge thank you to Screen Ireland and RTÉ for supporting this short film and many others through their Frameworks program.”
— Louise Bagnall, Director, Late Afternoon “The Taiko team would like to thank the Academy for this unbelievable honor. We are so proud of our team of artists in Los Angeles and Wuhan, China that came together to form a studio and make this film. The story is a love letter to not only everyone that chased that impossible dream, but the people who supported them along the way. Everyone who worked on One Small Step was encouraged by their families to follow their dreams, and none of us take that for granted. On behalf of everyone at Taiko Studios: thank you for making our dreams come true!”
— One Small Step Directors Andrew Chesworth & Bobby Pontillas and Producer Shaofu Zhang “Hard to express in words, with all the feelings going on right now, but it was such a special moment watching with my wife, my mom (via skype) and our dog. Something I'll never forget. I feel indebted to them, my family and close friends for all their support and a huge thank you to everyone that worked on Weekends with me in and outside Pixar and to all the voters in the Academy for including us with this wonderful group of films. Mind blown.”
— Trevor Jimenez, Director, Weekends “I’m just really happy to be nominated and feel lucky to be able to represent the whole team who worked on the film. It’s been a really exciting morning.”
— Russell Earl, VFX Supervisor, Avengers: Infinity War

“We did things a little bit differently on First Man so it is a great honor to be recognized by the Academy. Recreating one of history’s most memorable moments was challenging but exceptionally rewarding. Of course none of this could be achieved without the amazing group of passionate artists, technicians and dedicated production people.”
— First Man VFX Supervisor Paul Lambert

“I’m really thrilled about the nomination -- we worked so hard and had an incredible team working on the project. I’m sharing this with our huge crew who put so much love into this project. It's an honor and great recognition from our peers for the work we did on Ready Player One.”
— Ready Player One VFX Supervisor Roger Guyett

“We pretty much freaked out! All of us were gathered around the TV. It was pretty exciting. It’s such a great list of nominees, so it was amazing to see us on the list.”
— Rob Bredow, Overall VFX Supervisor, Solo: A Star Wars Story

“I’m incredibly excited to be nominated for the VFX work on Solo. Like many, I’ve been waiting to hear this story ever since some hot shot pilot bragged about it over a table in a seedy backwater cantina, but there’s an extra-special thrill in being one of the lucky group of artists who finally got to tell it. Seriously -- never tell me those odds!”
— Patrick Tubach, VFX Supervisor, Solo: A Star Wars Story