9 Story Entertainment heads to MIPCOM with a strong slate of new and returning shows. 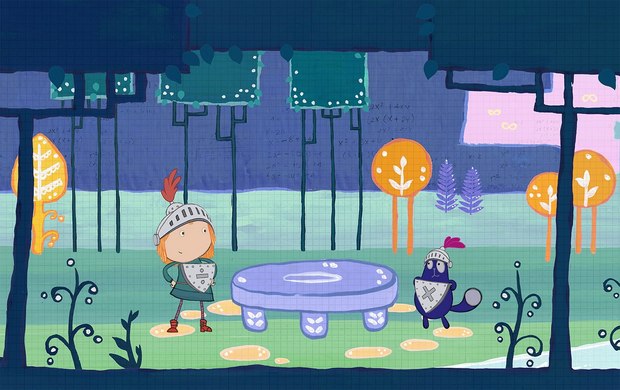 Super Movers (11’):  New Series!
Genre:  Animation
Audience:  4-7
What happens when you take four average rock 'n' rollers and give them all hilariously over-the-top superpowers? You get the Super Movers, who help their fans unlock hidden superpowers of their own. Starring the highly animated and Emmy award winning Imagination Movers band, the Super Movers enforce the message that every child has their own inner superpower just waiting to be discovered.

Top Wing (11’):  New Series!
Genre:   CG Animation
Audience:  Preschool
Top Wing is an action-adventure preschool series following a team of brave young birds of a feather who serve their community together. Whether it’s above the clouds, under the sea or anywhere in between, the prestigious Top Wing rescue squad is equipped to handle any situation with their fleet of awesome vehicles. And while they’re having fun and keeping their community safe, they’ll also learn the true meaning of friendship, courage, leadership, and what it means to truly soar!

Squires (Working Title) (11’):  New Series!
Genre:  Animation
Audience:  6-11
This animated comedy is the tale of two medieval minions whose one chance of escaping a squire’s life means squiring harder than they’ve ever squired before. Pledged to the realm’s most ridiculous knight in an enchanted kingdom plagued with magical maintenance issues, a squire’s life in Eldergrove is always an absurdly epic adventure. The series is created by Kyle Dooley and Evany Rosen, comedians, writers, and founders of the Canadian Comedy Award winning sketch troupe Picnicface, as well as creators of the troupe's hit show on Comedy Network. They have both performed at festivals around the country including Just for Laughs, the Winnipeg Comedy Festival, and the Vancouver Comedy Festival. Kyle is also a member of The Second City's touring company in Toronto and Evany has written on acclaimed shows such as This Hour Has 22 Minutes, CityTV's Meet the Family and the award-winning web series Space Janitors.

Jerry & The Raiders (26 x 11’): First Episode!
Genre: Animation
Audience: Preschool
A new motion-capture animated preschool series that follows Jerry, a naturally curious 7-year-old boy whose life is turned upside-down when his two Galactic Raiders action figures come to life! The Galactic Raiders are convinced that everyday situations are actually some kind of “BIG MYSTERY.” Jerry and his new friends get tangled up in adventure as they set out to solve the mysteries of their everyday world.

Daniel Tiger’s Neighbourhood (80 x 11’): New Episodes from Season 2!
Genre:  Animation
Audience:  Preschool
An animated preschool series featuring Daniel, a shy but brave 4-year-old tiger, who lives in the beloved Neighbourhood of Make Believe. With the help of his neighbours, family, and friends - Daniel has fun and learns key skills necessary for school and for life.

Extreme Babysitting (35 x 22’): New Episodes from Season 2!
Genre:  Live Action / Reality Prank
Audience:  8+ and Family
A hidden camera prank show that takes teenagers who think they know everything about looking after kids and puts them to the ultimate babysitting test - one that they will never see coming.

Finding Stuff Out (42 x 22’): New Episodes from Season 3!
Genre:  Live Action
Audience:  8-12
A lively science-oriented series which, instead of imposing adult notions on kids about what they should know, gives them what they want: answers to the questions that matter to them the most!

Get Ace (52 x 11’): New Episodes!
Genre:  Animation
Audience:  6-11
Think Ace McDougal is just your average, everyday nerdy school kid? Well he was, until he happened to be in the wrong dentist’s chair at the wrong time and accidentally said the wrong secret codeword... next thing he knew he’d been fitted with a set of top secret, ultra high-tech experimental braces. From that moment on he’s catapulted - teeth-first - into one hair-raising adventure after another! Now he’s the kid proving you’re never too nerdy to be cool!

Monkey See Monkey Do (26 x 11’): First Episodes from Season 2!
Genre:  Animation / Live Action
Audience:  Preschool
An animated and live action preschool series that follows our host, Monkey, and his good friend Parrot as they learn about friendship, animals and the importance of movement.

Nerds and Monsters (40 x 11’): New Season Coming Soon!
Genre:  Animation
Audience:  6-11
Nerds and Monsters tosses 3 nerdy kids and a thick-headed football star on a fantastic uncharted island. The tween castaways must use nothing but their smarts to survive the relentless attacks by the island’s inhabitants – a tribe of hideous but hilarious monsters. And lucky for the Nerds, these dim-witted monsters don’t have any smarts!

Teenage Fairytale Dropouts (52 x 11’)
Genre:  Animation
Audience:  6-11
Meet the next generation of fairytale characters, the children of those super famous icons we all grew up with.

Wild Kratts (92 x 22’): New Episodes from Season 3!
Genre:  Animation
Audience:  4-9
The Kratt brothers leap into animated action in Wild Kratts, a half-hour adventure comedy from the creators of the hit shows Kratts Creatures and Zoboomafoo. In each episode, Chris and Martin Kratt travel to a different corner of the world to meet amazing new animals.