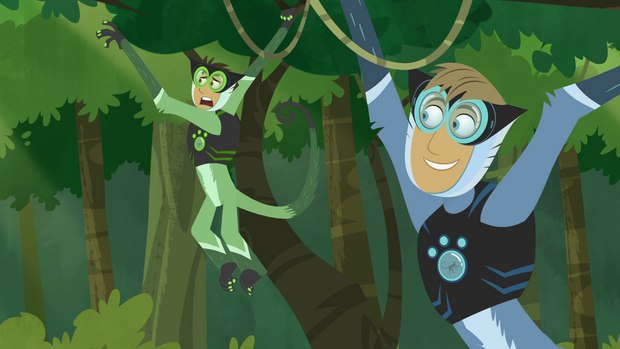 Toronto, Canada -- 9 Story Media Group announced that it has licensed an additional 26 x 22’ episodes of the animated action adventure series Wild Kratts to Discovery Kids in Asia Pacific. The children’s network also renewed the first season of the series along with season one of Finding Stuff Out (16 x 22’) which will both air across Asia Pacific, and seasons one and two of Survive This (28 x 22’) which will air in Southeast Asia and Hong Kong.

Wild Kratts premiered on PBS KIDS in the U.S. in 2011 and on TVO, Knowledge Network and Télé-Quebec in Canada.  A co-production between Kratt Brothers Company and 9 Story Media Group, Wild Kratts is distributed in the U.S. and Canada by Kratt Brothers Company and internationally by 9 Story Media Group. The series was created and developed by real life brothers and zoologists, Martin and Chris Kratt who star in the show as animated versions of themselves.

The Kratt brothers leap into animated action in Wild Kratts, an adventure comedy from the creators of the hit shows Kratt's Creatures and Zoboomafoo. In each episode, Chris and Martin Kratt travel to a different corner of the world to meet amazing new animals. Join the Wild Kratts for a laugh-out-loud comedy adventure, as Martin and Chris activate their Creature Power Suits to rescue their animal friends!