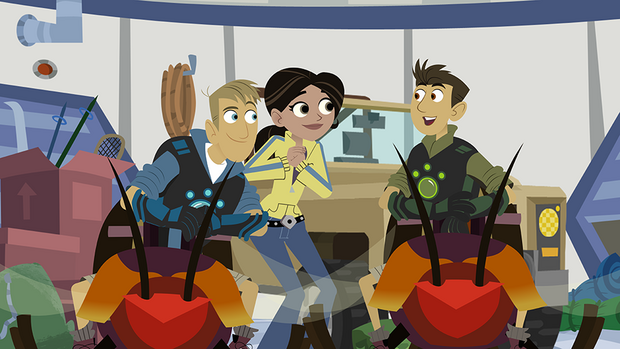 In partnership with Beijing-based Pacific Media Group, a host of digital sales have also been secured, including an exclusive agreement with Youku and Alibaba for seasons 1 to 3. Further content placement for season 4 has been secured with many of China’s leading digital platforms, including CNTV, iqiyi, LeTV, PPTV, and SMG. Pacific Media Group has also been appointed as the licensing agent for the territory, charged with bringing in new local licensees and securing distribution for existing global merchandise, including the toy line from master toy partner Wicked Cool Toys.

Now in its fifth season, Wild Kratts premiered on PBS KIDS in the U.S. in 2011 and on TVO, Knowledge Network and Télé-Quebec in Canada.  A co-production between Kratt Brothers Company and 9 Story Media Group, Wild Kratts is distributed in the U.S. and Canada by Kratt Brothers Company and internationally by 9 Story Media Group. The series was created and developed by real life brothers and zoologists, Martin and Chris Kratt who star in the show as animated versions of themselves.