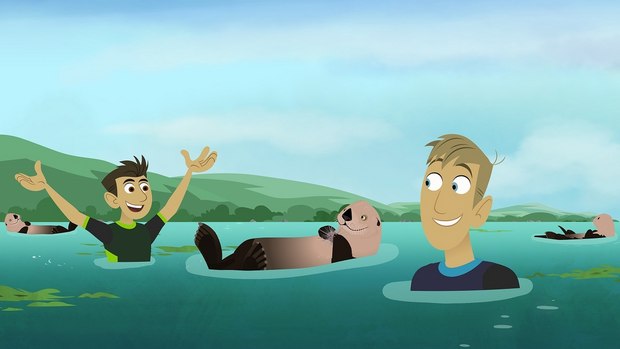 TORONTO, CANADA -- 9 Story Media Group has secured several deals in Australia for the hit animated series Wild Kratts, including broadcast placement with Channel Nine’s Go! Channel. The channel will begin airing the series weekdays at 7:00 am and 2:30 pm commencing November 14th and at 1:30 pm on Saturdays and Sundays commencing November 21st.

Now in its fourth season, Wild Kratts premiered on PBS KIDS in the U.S. in 2011 and on TVO, Knowledge Network and Télé-Quebec in Canada.  A co-production between Kratt Brothers Company and 9 Story Media Group, Wild Kratts is distributed in the U.S. and Canada by Kratt Brothers Company and internationally by 9 Story Media Group. The series was created and developed by real life brothers and zoologists, Martin and Chris Kratt who star in the show as animated versions of themselves. The fourth season includes 26 episodes, which will begin rolling out in the U.S. on PBS KIDS in late 2015.

Master toy licensee Wicked Cool Toys launched a broad toy offering at Toys “R” Us last year which included creature power suits, action figures, talking plush and vehicle sets. Due to strong performance, new items including the Tortuga Playset, have been developed, and the line has recently rolled out to Kmart and select Target stores.

Random House Kids released the first Wild Kratts books in the U.S. and Canada as part of the publisher’s Step into Reading Program. Sales of the book exceeded expectations, and as a result, it went into a second printing within the first few weeks of its initial release and the vastly expanded book line is in production.