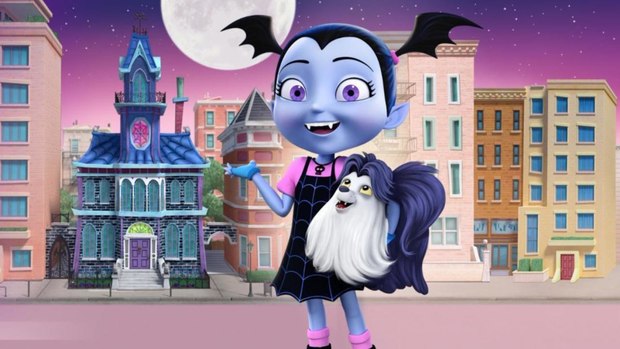 BASE and Brown Bag Films previously partnered on the hit Disney series ‘Vampirina.’

TORONTO -- 9 Story Media Group has acquired PT Bali Animation Studio and PT Bali Animasi Solusi Ekakarsa, collectively known as BASE, a full service CGI animation studio located in Bali, Indonesia. Founded in 2015 by Lily Wang and Daniel Harjanto Setyawan, BASE provides high quality animation work for clients around the world and employs 270 personnel. Terms of the transaction were not disclosed. Since its inception, BASE has established a solid reputation as a high quality and reliable animation studio. BASE’s production portfolio includes the popular animated television series Sonic Boom and Luna Petunia. In addition, BASE and Brown Bag Films have previously partnered together on the hit Disney series Vampirina. The acquisition of BASE will enhance 9 Story’s production capabilities, expand its global footprint and increase its worldwide head count to more than 1,000 personnel. Co-founders Wang and Setyawan will stay on to lead BASE going forward and will report to 9 Story chief operating officer Cathal Gaffney.

“Our top priority has always been, and will continue to be, producing the best quality animated content across all our studios,” said Vince Commisso, president & CEO of 9 Story Media Group. “Acquiring BASE bolsters our existing studio capacity in Toronto, Dublin and Manchester and enhances our ability to meet the production needs of our clients. We have been extremely impressed with BASE’s caliber of work and are thrilled to welcome the entire BASE team into the 9 Story family.”

“We are delighted to be joining forces with 9 Story Media Group,” said Wang and Setyawan. “9 Story has established itself as a global leader in kids’ entertainment with tremendous strength in production and distribution. We are incredibly proud of the animation we have produced with our talented team in Bali. By joining forces with 9 Story and their studio Brown Bag Films we will benefit from their creative expertise and international infrastructure and continue to produce top quality programs for kids and families around the world.”