Animation series originally premiered in November 2015 on PBS KIDS in the U.S. and is expected to premiere on Family CHRGD in Summer 2016. 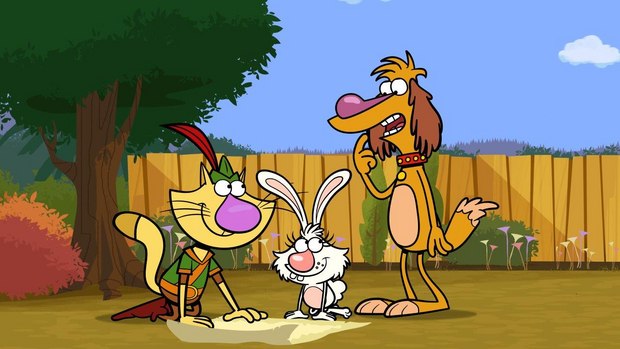 TORONTO -- 9 Story Media Group has announced that it has licensed the animated series Nature Cat to DHX Television’s kids channel Family CHRGD in Canada. The series premiered in November 2015 on PBS KIDS in the U.S. and is expected to premiere on Family CHRGD in Summer 2016. Created by the Emmy award winning creative team at Spiffy Pictures and co-produced by Spiffy Pictures and WTTW Chicago, 9 Story handles international distribution and consumer products outside of the U.S. while HiHat Media handles brand licensing within the U.S.

Featuring the vocal talents of Saturday Night Live veterans Taran Killam (Nature Cat), Kate McKinnon (Squeeks), Bobby Moynihan (Hal), Chris Parnell (various characters) and Kenan Thompson (Ronald), along with actress Kate Micucci (Daisy), the series follows the adventures of Nature Cat and his friends. In each episode, Nature Cat can’t wait to get outside for a day of nature excursions and bravery, but there’s one problem, he’s a house cat with no instincts for nature. With the help of his animal friends, Nature Cat embarks on action-packed adventures that include exciting missions full of investigation, “aha” discovery moments and humor, all while inspiring children to go outside and play.

“Nature Cat inspires kids to get outside, experience nature and play with friends,” commented Kristin Lecour, Director of Consumer Products & Canadian Distribution for 9 Story Media Group. “The series shows kids how much fun it can be to make discoveries, use their imaginations and learn about the world around them.  We are thrilled to partner with Family CHRGD to bring Nature Cat to kids across Canada.”