Produced by Magic Mall and animated by Cloth Cat, the series debuts May 7 on the U.K. outlet. 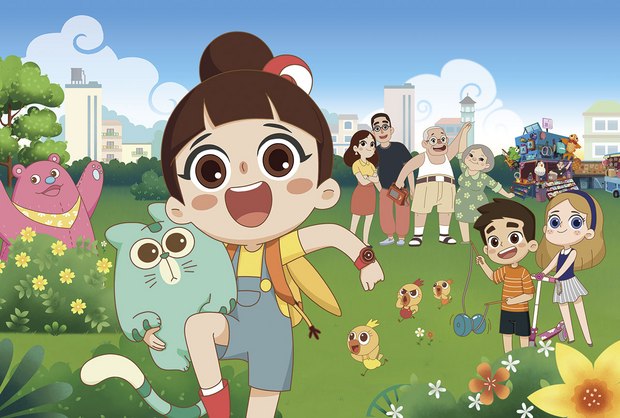 The animated children’s series ‘Luo Bao Bei’ will debut May 7 on Channel 5’s Milkshake! block in the United Kingdom.

DUBLIN -- 9 Story Distribution International has licensed the animated children’s series Luo Bao Bei to Channel 5’s Milkshake! in the United Kingdom. The show will launch May 7 on the popular preschool television block.

The show follows Luo Bao Bei, a bright and spirited 7-year-old girl with a vivid imagination, on a quest to understand the world around her. With her friends, family, and some endearing animal companions by her side, she navigates the excitement of childhood with enthusiasm and curiosity, finding adventures along the way. Children everywhere will relate to Luo Bao Bei’s journey to learn life lessons, one story at a time.