Former Aardman Animations exec with more than 20 years in the industry will focus on bringing in new content from Europe as well as greenlighting projects with European broadcasters. 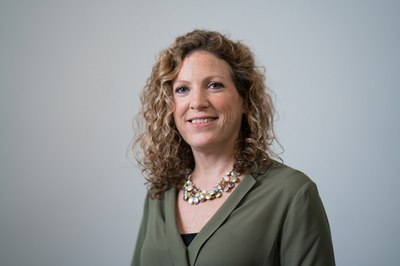 TORONTO, ON – 9 Story Media Group has announced the appointment of Alix Wiseman to the newly created position of Vice President, Business Development & Acquisitions. Reporting to Chief Strategy Officer Natalie Osborne, Wiseman will be responsible for leading distribution and acquisitions efforts in EMEA with a focus on bringing in new content from Europe as well as greenlighting projects with European broadcasters. Wiseman will be based out of the U.K. Claudia Scott-Hansen, VP, Business Development, also reporting to Natalie Osborne, will continue to lead distribution efforts in the Americas and Asia, and oversee strategic content partnerships in the U.S.

An international media professional with over 20 years’ experience, Wiseman joins 9 Story most recently from Aardman Animations, where she set up the studio’s dedicated distribution division in 2006. While at Aardman, Wiseman worked with her team to secure TV and home entertainment partnerships for Shaun the Sheep in 170 countries and drive new brand extensions for the studio’s Oscar winning stop-frame classics such as Wallace & Gromit and Creature Comforts. In addition to managing the sales team, Wiseman led the acquisitions efforts at Aardman, sourcing 3rd party content from independent studios including Digby Dragon; Bing, and Wussywat the Clumsy Cat.

Wiseman started her career at Channel 4 Television selling over 3000 hours of programming across factual, animation, comedy, drama and feature films. Following her passion for animation, she moved into children’s content, joining newly formed Entertainment Rights (since acquired by Classic Media and then DreamWorks) where she drove the international roll-out of shows such as Postman Pat, Little Red Tractor, the Barbie TV movies and Transformers across the globe. Wiseman is both a UK & US national and was raised in Latin America.

“Alix’s unique international experience and understanding of the world of quality kids’ content will be a tremendous asset for 9 Story, and give us a stronger foothold across Europe,” said Natalie Osborne. “Alix will be working with the local creative and production communities to source new IP and further solidify our relationships with broadcast partners. We are thrilled to welcome Alix to the 9 Story team.”

“I'm delighted to be joining such an outstanding team at 9 Story Media Group,” commented Wiseman. “The prospect of harnessing some of the brilliant creative talent in Europe and marrying it up with the extensive resources and creative leadership of 9 Story and Brown Bag Films is truly exciting.”