9 Story Announces Raft of Sales of ‘Monkey See Monkey Do’ 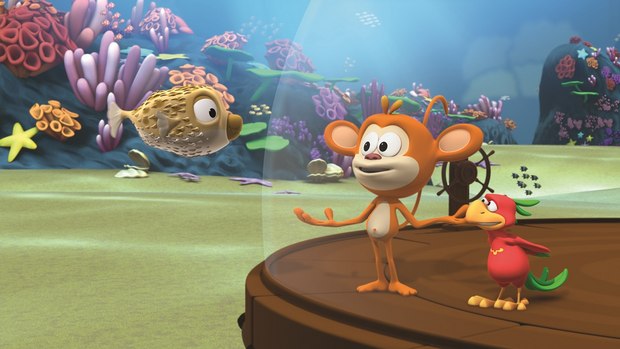 TORONTO -- 9 Story Media Group announced that it has secured multiple licenses of the animated and live action preschool series Monkey See Monkey Do. The second season has been sold to Turner Broadcasting System’s Cartoonito U.K., AMC Networks in Central Europe and HOP! In Israel. The first and second seasons were also sold to Pixel TV in the Ukraine.

Monkey See Monkey Do is co-produced by Smartoonz (Israel) and Title Entertainment (Canada) for TVO. The series educates kids about animals and their natural habitats through the use of engaging song and dance. Follow Monkey and his buddy Parrot, as they invited kids to get up off the couch and join in the “wild” fun, imitating the behavior and movement of cool creatures from around the world; while also learning the importance of friendship along the way.

A Monkey See Monkey Do companion app was launched last year and recently earned a nomination for a Kidscreen Award (Best Game App – Smartphone, Preschool category). Called Monkey See Monkey Dance, the app gives the users the opportunity to upload short video clips of themselves that can be integrated into funny, energy animation clips from the show.