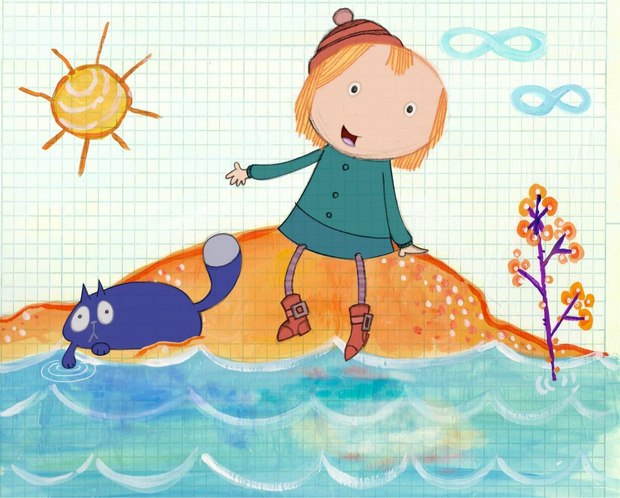 9 Story Entertainment announced that it has signed licenses with CSC Media for season one of Peg + Cat (80 x 11’), season one of Wild Kratts (26 x 22’ ) and season three of Finding Stuff Out  (13 x 30’). The combined deal brings over 75 half hours of new programming to the growing U.K. based broadcaster.

CSC plans on airing Peg + Cat on its channel for 3-7 year olds, Tiny Pop, while Wild Kratts and Finding Stuff Out will air on POP, aimed at children 4-9. CSC previously licensed the first two seasons of Finding Stuff Out (29 x 30’), now part of 9 Story’s portfolio with the company’s acquisition of CCI Kids’ family and children’s library last year.

Peg + Cat is an animated preschool series that follows an adorable spirited little girl, Peg, and her sidekick, Cat, as they encounter unexpected problems that require fun and creative solutions. In order to solve the problems, Peg and her Cat must add, subtract and apply basic arithmetic. In Wild Kratts, the Kratt brothers leap into animated action in a half-hour comedy adventure.  In each episode, Chris and Martin Kratt travel to a different corner of the world to meet amazing new animals. It’s laugh-out-loud comedy, as they activate their Creature Power Suits to rescue their animal friends.

Finding Stuff Out is a lively science-oriented series which, instead of imposing adult notions on kids about what they should know, gives them what they want: answers to the questions that matter to them the most!