Licenses for award-winning preschool classic ‘Guess How Much I Love You – The Adventures of Little Nutbrown Hare’ secured with NA distributor NCircle Entertainment, and broadcasters Z@pp in the Netherlands and Minimini in Poland. 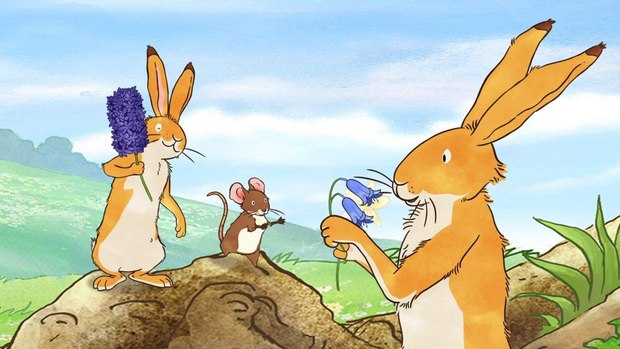 TORONTO, CANADA – 9 Story Media Group has announced that it has signed multiple deals in advance of MIP Jr. for the second season of timeless preschool series Guess How Much I Love You – The Adventures of Little Nutbrown Hare. Licenses have been secured with NCircle Entertainment, a leading children’s and family home entertainment distributor in North America, and broadcasters Z@pp in the Netherlands, and Minimini in Poland. The second season will be screening for the first time at next month’s MIPJR. Deals were also secured for season one of the series with JimJam (Europe, Middle East & Africa) and RTP (Portugal).

The series is based on the bestselling book, Guess How Much I Love YoutM, written by Sam McBratney, illustrated by Anita Jeram and published by Walker Books. The book, which is published in 53 languages, has sold 32 million copies globally and is currently celebrating its 20th Anniversary. The animated series relates the adventures of the Nutbrown Hares and their friends with the same endearing charm and love that has made the book a timeless story time favorite.