Following this morning’s announcement of the nominations for the 86th Academy Awards, animation nominees write in with their reactions. 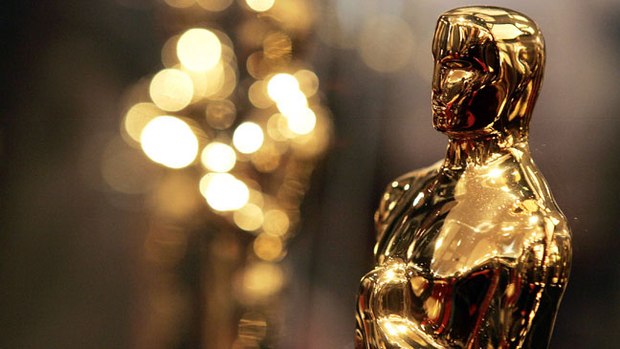 Following this morning’s announcement of the nominations for the 86th Academy Awards, animation nominees have been writing in with their reactions. “The challenge of building the world of The Croods was that our reference disappeared a few million years ago. Croods was woven from pure imagination. This nomination is an acknowledgement and reward to the hundreds of artists who worked so hard to bring this very human story to life. On behalf of the entire Croods team, we wish to thank the Academy for this incredible honor.”

“Today's Oscar nomination is without a doubt the icing on the cake of an eight-year labor of love. We set out to make a film that everyone in the family - especially fathers - can relate to: a story about the power of change. You'd think as an Oscar hopeful I'd be up at 5:30 AM glued to my television, but instead I was in the nursery of my 10 month old twins experiencing the real power of change - that of diapers.  This film has taken the work of over 300 talented artists at DreamWorks Animation to produce and on behalf of our entire crew, I send a huge thank-you to the Academy and raise a baby bottle in toast to our fellow nominees!”

“Wow... WOW! I'm so thrilled and so grateful to the Academy. But mostly, I'm so very proud on behalf of our incredible team of artists who crafted this film, our amazing voice cast, and most of all of our writer/directors Chris and Kirk. They made a movie that was both hilarious and moving and I feel damn lucky to be part of this remarkable team.” Receiving this nomination from the Academy is an incredible honor. I could not be more proud of our directors-Chris Renaud and Pyer Coffin, my fellow producer Janet Healy, our nominated songwriter Pharrell Williams and each and every member of the Illumination team in Los Angeles and Paris. It is their work that is celebrated by this recognition. “I knew something special had happened this morning when I suddenly started receiving a lot of phone calls from friends. The nomination is a wonderful recognition for all the hard work done by our entire team, and it's an honor to be alongside our fellow nominees, who show the variety of stories and quality of filmmaking happening in animation from all around the world.”

"This nomination for Ernest and Celestine is very moving. As a producer, I've had this film in mind for a long, long time! It's based on wonderful children's books that I read to my daughter when she was a very little girl, and I didn't imagine this was the beginning of a long way to Hollywood to compete for an Oscar. The dream is becoming reality in this very exciting story. Thank you to the very talented artistic team who made this beautiful hand-drawn film, thank you to our US distributor, GKIDS, who did a great job driving our beloved Ernest & Celestine to the Oscars, thank you to the Academy - thank you, thank you! I'm so happy with this nomination!" “Frozen's journey has gone beyond our wildest dreams. We thank the Academy for this honor and look forward to celebrating the nominations with our crew at Disney Animation today.” “I and my colleagues are deeply honored that the Academy has chosen to nominate The Wind Rises, my last film, for the Academy Award for Best Animated Feature Film. It is indeed a privilege for all of us who worked on the film to see it get this acclaim from so far away.

I am, personally, very gratified to receive such an honor, and wish to express my sincere gratitude to the members of the Academy and thank everyone who has made the film such a success.

I hope that many people will see the film after it opens in North American theaters soon.” “Dan [Golden] and I are really thrilled and surprised by the nomination. It's definitely reassuring to see that a small independent film that was produced with almost no budget and in our spare time can garner the recognition that it has. It's proof that believing in a single vision and trusting your instincts can pay off, and hopefully the film will reach a wider audience this way. There were a lot of really amazing films this year that didn't make it, so I have no illusions about how subjective the whole process is. But I'm enjoying the ride, and hoping that the recognition will open doors to other animators working alone in their basements.”

“I don't think I can say it any better than Dan Sousa did. It's truly an honor to have been chosen as a nominee and have this opportunity reach a wider audience. I'm extremely proud of him for this achievement!” “On behalf of the small but mighty crew of hand-drawn and CG artists from Get A Horse!, we want to express our deepest gratitude to the Academy for the nomination. We hoped the short would be seen as a love letter to Mickey, to Walt and to the magic of cinema, and have been overwhelmed by the response.”

-- Get A Horse! Director Lauren MacMullan and Producer Dorothy McKim “It is a godsend! We are so glad that Possessions has been nominated and will be seen by a lot of people. When I heard the news, I was actually drinking with the staffs of this movie.

I was very surprised when I heard that Possessions was nominated, and since I wasn't able to believe this, the next thing I did, I looked over and over the nominees list! I’ve struggled for the past few years about “What is my anime style?” But Possessions is a piece in which I realized that I was satisfied with myself to be able to honestly put my soul in it. With just a few staff, we brainstormed some ideas off each other to come up with this film. We are so glad that such a title is accepted in the world. We are a bit nervous but looking forward to the final awards ceremony come March 2nd.” ROOM ON THE BROOM

“This is incredible! We tried not to think about the possibility of getting nominated and kept telling each other, this won't happen...and now…it really did happen! We would like to thank the Academy in the name of the whole team that worked incredibly hard on making this film. This nomination means a lot to us and we're so happy our film made it this far.”
-- Max Lang and Jan Lachauer, Directors, Room On The Broom

“I was at home hanging out with my daughter when I heard the news. My first reaction was to call Jan to make sure he knows and to congratulate him. The next thing will be to plan the weeks leading up to the Oscars, make travel arrangements and get as many team members together as possible to celebrate.”
-- Max Lang, Director, Room On The Broom

“Prepare everything for the Oscar journey and try to stay cool.”
-- Jan Lachauer, Director, Room On The Broom, on what comes next

“I was in a meeting about our next production and Martin was at a lunch when our office called with the amazing news. We're completely thrilled and delighted. It's a great honour for the film, and we're so grateful to our brilliant directors Max Lang and Jan Lachauer, and everyone who worked so hard to make the film.”
-- Michael Rose and Martin Pope, Producers, Room On The Broom

Tags
Oscars
Reactions
Frozen
The Croods
Ernest & Celestine
The Wind Rises
Room on the Broom
Possessions
Get A Horse!
Despicable Me 2
Feral
More From News:
Next Post
‘Legends of the Knight’ Doc Explores the Power of BatmanPrevious Post
86th Oscars Nominations Announced