80+ New Projects to Be Presented at 2015 Cartoon Forum

More than 80 projects are set to be presented to potential co-producers, buyers and investors at the 26th annual Cartoon Forum, taking place in Toulouse, France September 15-18.

More than 80 projects are set to be presented to potential co-producers, buyers and investors at the 26th annual Cartoon Forum, taking place in Toulouse, France September 15-18. Hand-picked from 150 submissions, the selected projects add up to roughly 540 hours of animation.

France has the largest representation at the European TV pitching event with 30 projects in the final program, followed by the U.K., with 11, and Ireland, with nine. Italy, Spain and Germany will all double the number of projects in the showcase over last year, with seven titles each.

New to Cartoon Forum this year, three Korean projects will be presented, including Hobgoblin Magician by FelixStudio, The Mole Farmer, Rabby from PniSystem, and Galaxy Kids by Tak Toon Enterprise. These projects expand the collaboration established at Cartoon Connection Korea, and were selected by European broadcasters (CBeebies, France Télévisions, YLE Finland, Germany YFE and Canal+ France) that participated in the November 2014 and April 2015 editions of the Cartoon Connection event. 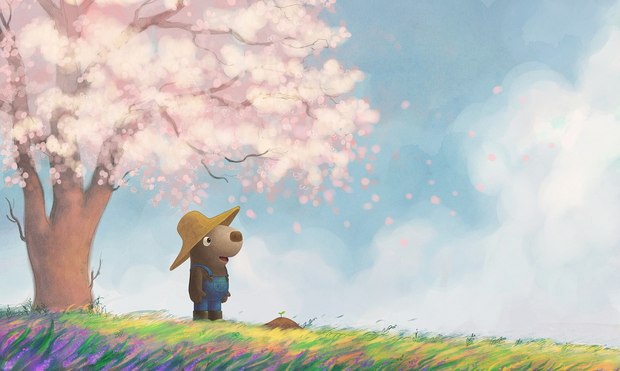 ‘The Mole Farmer, Rabby’ produced by South Korea’s PniSystem to be presented at the 26th annual Cartoon Forum.

Cartoon Forum’s focus on transmedia continues this year, with 55 percent of the projects selected conceived for TV and at least one other platform, including mobile phones, video games, tablets and the Internet. Among them, four projects were presented at Cartoon 360 early June: The Memets by White Door Entertainment (Spain), Krabstadt by Monkey Machine Film (Sweden), My Dream Pets by Contentinuum (Belgium) and The Method Von Mopp by Chicken's Chicots Production (France).

In terms of demographic breakdown, 53 percent of the Cartoon Forum 2015 projects are aimed at children aged six to 11, with preschool series representing one-third, and the remaining 10 percent catering to young adults and adults.

A full list of the selected projects can be found here.

Created in 1990 by the international non-profit CARTOON association based in Brussels to boost the co-production and distribution of European animation for television and new media platforms, Cartoon Forum has helped 594 animation series obtain financing to the tune of over 2 billion euros.