HP, Intel and Movidiam’s #PowerYourBreakthrough is an artist-led initiative designed to inspire new and upcoming creative artists in the VFX and film industry. 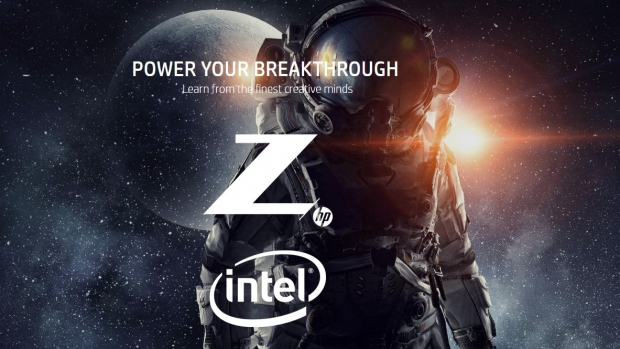 LONDON -- HP has partnered with Intel and creative freelance network, Movidiam to launch a new initiative designed to inspire the next generation of digital artists. Six UK-based freelancers, masters of their respective crafts, will curate a series of online courses that provide practical creative skills and industry knowledge.

Using the latest HP hardware, each pro will showcase their technical capabilities in the #PowerYourBreakthrough video series. This will provide insight into the type of work they do on a day to day basis, and how they approach creative tasks from their own individual perspective. Each course module will contain technical tutorials, plus practical advice on how to build a career path in the industry from those with first-hand experience.

“Anyone anywhere can be a creator, and as we continue learning how to adapt to new ways of working and learning during these unprecedented times, it’s clear that people are turning to creativity as a way to express themselves,” commented HP managing director - UK & Ireland, George Brasher. “Our role is to give those creators the power needed to make their next breakthrough. Through our partnership with Movidiam, we are committed to supporting the development of the creative community, helping them upskill and hone their craft”.

“With a rich history of PC innovations for the creative community, HP is the ideal technology partner for the next generation of creators,” added Movidiam co-founder, George Olver. “For the next generation of digital artists, the practice of creativity is instinctual, and they need both a device, as well as in-depth guidance, to help bring their expressions to life as quickly as possible”.

Through August 14, students will be able to enter a competition in response to the brief ‘breakthrough,’ with up to £100,000 worth of prizes. The 1st place prize includes one Z by HP Z4 with 10th Gen Intel Core processor, NVIDIA Quadro RTX 5000 Graphics, a HP DreamColor Z27x G2 Studio Display and other partner prizes. Other prizes will be awarded for the runners up and winners of the photography, illustration, directing, motion graphics, animation, filmmaking, and people’s vote categories.

The competition will end for judging on August 14 with winners announced on the August 21. Complete information and how to enter is available on the official website.