The 16th edition of CARTOON MOVIE will showcase 59 animated film projects from across Europe in the French city of Lyon March 5-7, 2014. 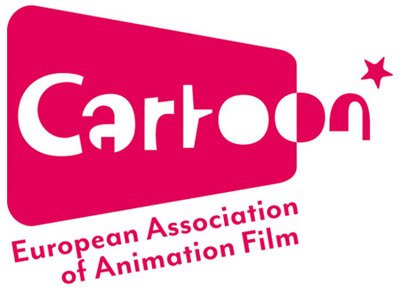 The 16th edition of CARTOON MOVIE will showcase 59 animated film projects from across Europe in the French city of Lyon March 5-7, 2014.

Gathering over 700 animation professionals, the European co-pro and pitching event will give producers a chance to present their projects to 200 potential financial partners and distributors from 40 countries.

The line-up reveals a strong vitality of the Nordic and new European countries. The number of films for young adults and adults has doubled since last year and they represent 30% of the selection. With an emphasis on political and psychological topics, and the rise of animated documentaries, European animation has diversified and stands out.

France, involved in one of three projects selected, remains the undisputed leader of European animation. The Nordic countries show an impressive dynamism, representing a quarter of the line-up, in particular Norway with 6 projects, Finland with 4 and Sweden with 3. Germany, Italy and Poland tie for third place with 4 projects each, followed by Hungary, Ireland and the UK with 2 each.

Among the French selection, there are seven productions from the Rhône-Alpes Region, which has consistently increased its presence since Lyon was established as the capital of the event in 2009. In 2014, CARTOON MOVIE continues to look beyond the European borders with the presence of more than 200 international buyers who will be scouting the next generation of European animated films. This expansion is also reflected by the 3 projects selected with non-European co-producers (Australia, Canada and India).

While the family audience remains the largest category, data from the event show the expanding presence of films for young adults and adults, which have doubled since last year and comprise 30% of the line-up.

Political and historical issues stand out with projects set in as diverse scenarios as the former Yugoslavian civil war, the Khmer Rouge's years in Cambodia, the Armenian genocide and the plight of refugees around the planet. Several films also tackle psychology and introspection topics, including living with an epileptic brother or losing a part of the body. Four projects even surf between the frontiers of animation and documentary, mixing archive footage and animation.

Literature and comic books continue to be a significant source of inspiration for European animation. This year's selection ranges from adaptations by well-known authors such as Haruki Murakami, Prosper Mérimée and Guillaume Laurant; to popular children's series and books like Germany's Maya the Bee, Finland's Moomins and Sweden's Alfie Atkins; as well as graphic novels like Zombillenium by Arthur de Pins and the successful Bellybuttons from Quebec.

On top of this, videogames are starting to jump from the console onto the big screen as shown by the French project Dofus developed by Ankama and new interactive formats appear, as introduced for the Spanish-Canadian project Magic Veil.

The selection is composed of 26 projects in concept, 16 in development and 10 already in the production stage and scheduled to premiere along the year.

The program also includes seven completed films: Aunt Hilda!, the latest work by Folimage co-directed by Jacques-Rémy Girerd (Mia and the Migoo); Beyond Beyond, a film by Esben Toft Jacobsen (The Great Bear); Hocus Pocus Alfie Atkins, an adaption of the book co-produced by Norway, Denmark and Sweden; Jack and the Cuckoo-Clock Heart, the film debut of French rock star Mathias Malzieu; Minuscule, a big screen production of the popular French series; the Italian metaphysical drama The Art of Happiness; and the stop-motion & puppets Norwegian film The Christmas of Solan & Ludvig.

All of the completed films took part in previous editions of CARTOON MOVIE, underscoring the successful role of the event in European animated film productions.

Supported by MEDIA since its creation, CARTOON MOVIE has spurred an increasing rise in co-productions among two or more European countries, reaching 40% of projects this year. Altogether, CARTOON MOVIE has allowed for over 215 films presented to enter into production and being released around the globe.

In 2014, CARTOON MOVIE continues to set its sights beyond animation and for the third consecutive year opens its doors to the video games industry with the organization of CARTOON GAMES, a one-day side event organised in collaboration with Imaginove and conceived to create synergies between both the film and gaming industries.