4K Media Details Plans for ‘Yu-Gi-Oh! The Dark Side of Dimensions’ Release

Anime feature to be released in Australia and New Zealand, the U.K. and Ireland, Italy, Germany and Austria beginning early 2017. 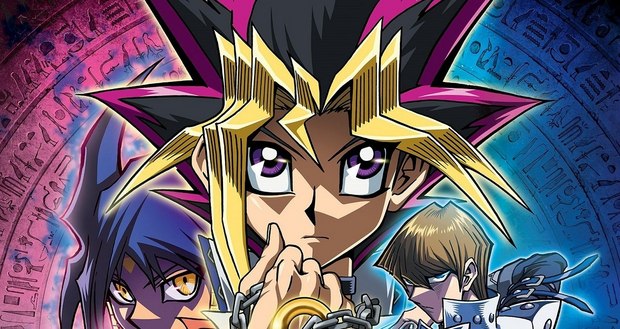 NEW YORK -- 4K Media, the Konami Digital Entertainment, Inc. subsidiary that manages the global Yu-Gi-Oh! brand outside of Asia, announced that it has secured theatrical distribution agreements in four key global territories for its upcoming Yu-Gi-Oh! The Dark Side of Dimensions movie. “With these partnerships, Yu-Gi-Oh! fans around the globe will be able to experience Yu-Gi-Oh! The Dark Side of Dimensions on the big screen,” state Kristen Gray, 4K Media’s SVP of Operations, Business and Legal Affairs. “We are pleased to be partnering with companies that are well versed in the distinctions of releasing anime theatrically and that understand both their local audiences and the unique interests of our anime fans.”

In Yu-Gi-Oh! The Dark Side of Dimensions, the stakes have never been higher; the rivalries never as fierce; the risks never so great. One wrong move—one card short—and it’s game over for good. A decade in the making, Yu-Gi-Oh! The Dark Side of Dimensions features new designs and an all-new story from the original creator of the global phenomenon, Kazuki Takahashi. His masterful tale features anime’s most beloved characters in their long-awaited return: Yugi Muto, Seto Kaiba and their faithful friends Joey Wheeler, Tristan Taylor, Téa Gardner and Bakura. It’s the most highly anticipated re-YU-nion ever.

As previously announced, Screenvision Media, a national cinema advertising leader, has formed an alliance with 4K Media to distribute Yu-Gi-Oh! The Dark Side of Dimensions to over 500 theaters across the United States and Canada. The feature film, confirmed for a two-week limited-time engagement, will now be released nationwide on January 27, 2017. Yu-Gi-Oh! THE DARK SIDE OF DIMENSIONS will premiere in New York City on January 24th. 4K Media is running a sweepstakes on yugioh.com from November 18 - December 2, 2016 giving fans a chance to win a trip to New York City and attend the premiere.