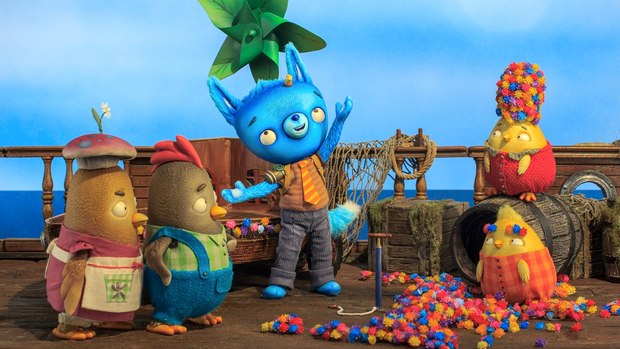 NEW YORK -- The National Academy of Television Arts & Sciences has announced the nominees for the 43rd Annual Daytime Emmy Awards. The awards ceremony will be held at the Westin Bonaventure Hotel and Suites on Sunday, May 1st. The Daytime Creative Arts Emmy Awards will also be held at the Bonaventure on Friday, April 29th, 2016. The 43rd Annual Daytime Emmy Award Nominations were revealed today on the Emmy-winning show, “The Talk,” on CBS.

“After last year’s critically successful Daytime telecast, it is with great disappointment that The National Academy of Television Arts & Sciences announces that there will not be a broadcast of the 43rd Annual Daytime Emmy Awards,” said NATAS president Bob Mauro. “After months of negotiations to find show sponsorship, the NATAS Executive Board has decided that the current climate for awards shows prohibits the possibility of a telecast this year. With that said, we will be putting on a world-class awards celebration honoring the best and brightest of Daytime television and look forward to an exciting show. All efforts regarding returning the annual gala to television in 2017 are underway.”

“We are especially grateful for our passionate Daytime fans and are looking forward to producing a grand gala that honors the talents and artistries of all the professionals that represent Daytime television,” said David Michaels, SVP, Daytime Emmy Awards.

Honorees for Outstanding Individual Achievement in Animation are:

The Daytime Emmy Awards recognize outstanding achievement in all fields of daytime television production and are presented to individuals and programs broadcast from 2:00 a.m.-6:00 p.m. during the 2015 calendar year. The Daytime Creative Arts Emmy Awards gala honors the more than 65 craft categories behind the many shows that grace the Daytime genre. The 43rd Annual Daytime Emmy Awards is a presentation of the National Academy of Television Arts & Sciences.

A full list of all nominees in all categories can be downloaded from the NATAS website at www.emmyonline.tv.