Commissioned by Netflix, original CGI animation series from 41 Entertainment is targeted at kids and introduced through a feature-length film that will be followed by 12 half-hour episodes starting in 2016. 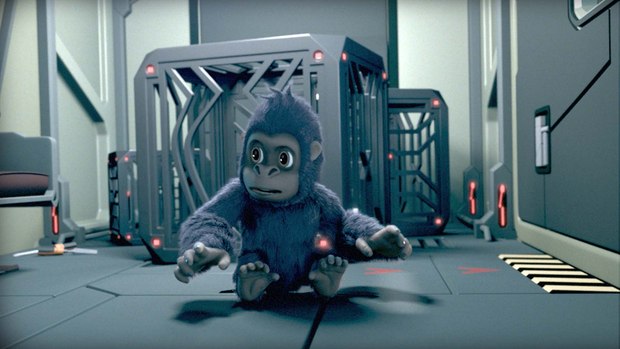 GREENWICH, CT & MADRID, SPAIN -- 41 Entertainment has announced that it has appointed BRB International as its licensing agent for Iberia on its animated Kong property.

Commissioned by Netflix, the original CGI animation series from 41 Entertainment is targeted at kids and introduced through a feature-length film that will be followed by 12 half-hour episodes starting in 2016. Industry veteran Avi Arad, who produced the Iron Man, Spider-Man and many of the X-Men films, is serving as executive producer on the series.

Set in 2050, Kong becomes a wanted fugitive after wreaking havoc at Alcatraz Island’s Natural History and Marine Preserve. What most humans on the hunt for the formidable animal don’t realize, though, is that Kong was framed by an evil genius who plans to terrorize the world with an army of enormous robotic dinosaurs. As the only beast strong enough to save humanity from the mechanical dinos, Kong must rely on the help of three kids who know the truth about him.

“We are proud to add BRB as our agent in Iberia and to continue on the good relationship we have enjoyed over the past few years,” said Allen Bohbot, Managing Director at 41E. “The licensing program in the U.S. is rapidly expanding and we have high expectations in Spain and Portugal. We know that these guys can deliver.”

“King Kong is an iconic property and the animation and storytelling of this TV show is truly world-class accompanied by a major style guide for the brand,” added Javier Biern, Licensing Director at BRB. “We know our local customers and we can confirm they will be part of this upcoming blockbuster. Our team is very excited to start presenting our plans for this franchise which is as BIG as its main character.”