This year’s edition of the animation, video game and transmedia event calls for projects in three categories: Portuguese-Spanish animation and video games, European transmedia and new media projects and international online animation series, with a submission deadline of July 28. 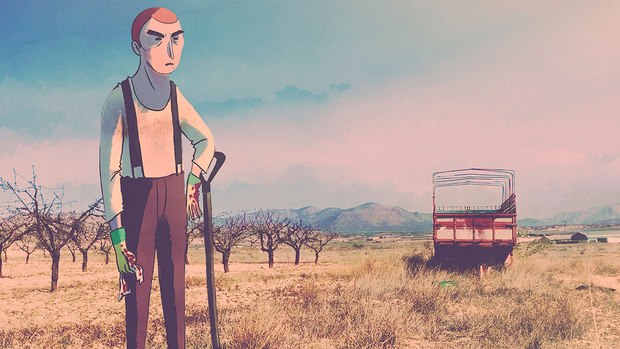 3D Wire, the international animation, video game and new media market, has announced an open call for projects for its 9th edition, to be held in Segovia, Spain October 2–8th 2017.

After the focus on Portugal that took place last edition, the call for national animation and video game projects is now a call for Portuguese-Spanish works. Also new this year is the international call for online animation series, with Átomo Network as main collaborator.

Only projects from companies or production companies registered in Spain or Portugal can participate. A maximum of three projects per company may be submitted. All animation techniques and formats are acceptable in the categories of short films, feature films, animation series and video games, as well as apps and projects developed in virtual reality where animation has a notable presence.

Both short films or audiovisual pieces of a narrative nature, such as experiences or video games can participate in the VR (virtual reality) category.

In addition to awards selections, several projects may be selected to receive business and creative consultations from international animation and video games experts, including producers, distributors, buyers and publishers.

For the second consecutive year, Movistar+ will grant the “Short Film Project Prize

For the second year, Movistar+ will grant the “Short Film Project Prize Movistar+” award to a short film.

Movistar+.” The short film selected will be eligible for a 2-year contract with Movistar+, and will be officially released at 3D Wire Market 2018 or 2019. At the previous 2D Wire, “Mum’s the Word” by Khris Cembe received this award.

The way we consume and share content is changing and becoming more interactive. The main aim of the European Transmedia and New Media category is to encourage and facilitate European A/V co-productions. 3d Wire hopes to foster the European animation and games market, increase the visibility and circulation of EU projects and help to connect new partners to finance, develop and create strong European transmedia projects.

Animation, games, or projects based on new technology related to games or animation (i.e. VR, AR) can complete in this category. Eligible projects must be developed by European producers or in coproduction with European countries. They also have to be designed for distribution on at least two different platforms.

3D Wire partner Átomo Network will present a series of awards to the best online animations.

The Premio Robot Atómico Award includes the Átomo statuette, an advance of $500 for the series and a Átomo Network Channel distribution agreement.

3D Wire and Átomo Network will together give the Átomo Grand Prix award to the best web series presented at the festival, rewarding technical and artistic merit. The winning series will receive an exclusive statuette.

A selection from the projects from each category will be published in the 3D Wire Market catalogue to promote the works seeking distribution. The publication is distributed in the main international animation, video game and new media festivals and markets and reaches more than 7,000 professionals every year.

Several projects will also be chosen for presentation by their authors during 3D Wire 2017. Previously, Danish animation company Sun Creature Studio’s The Reward, the Belgian feature film Jack and the Cuckoo-Clock Heart and Capture the Flag by Enrique Gato were presented as part of this segment.