Legendary animation director, artist, teacher and mentor best known for ‘Who Framed Roger Rabbit’ and ‘The Animators Survival Kit,’ passes away at his home in Bristol, England. 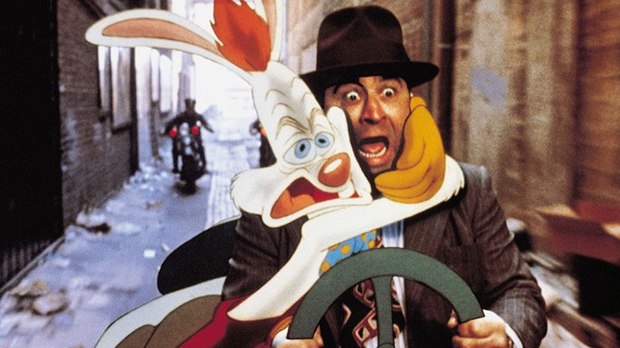 Richard Williams, the three-time Oscar-winning animator best known to the world for Who Framed Roger Rabbit, and to the animation industry for “The Animators Survival Kit,” his seminal instructional book, DVD and app set, passed away yesterday at the age of 86 at his home in Bristol, England, according to Variety. In a career that spanned more than 60 years, Williams continually pushed the art and craft of animation, through commercials, short films, film titles and animated features. Though most widely known for his acclaimed and ground-breaking integration of cartoon animation and live-action as the animation director on Robert Zemeckis’ Who Framed Roger Rabbit, which garnered him an Oscar for Best Visual Effects as well as a Special Achievement Academy Award, he had been producing award-winning animation for several decades prior, winning his first Oscar in 1973 for the animated short, A Christmas Carol. Continuing to work up until his death, at age 83, he received an Oscar nomination for his 6-minute hand drawn and dialogue free animated short, Prologue, produced by his longtime collaborator and spouse, Imagen “Mo” Sutton.

Williams’ son, Alex, head of animation at Escape Studios, shared with AWN, “My father was a huge influence on me, and I always admired his persistence in insisting on doing the best possible work. He set high standards for himself and for others, standards which were not always easy to live up to. But his insistence on quality is his biggest legacy; animation as a true art form - without compromise.”

Mark Osborne (Kung Fu Panda, The Little Prince) said, “In an industry where there are so many incredible talented artists to inspire us, Richard Williams was in a special category all his own. His work was nothing short of astounding, both in motion and when scrutinized frame by frame. I was very lucky to get to meet him a few times over the last several years and I was so happy to discover that he was the kindest, friendliest man you could imagine. He will be greatly missed.”

Shannon Tindle (Kubo and the Two Strings, On Ice) noted, “Richard Williams did what we all aspire to do in animation; bring our art to life. That he did it in so many styles and genres is a testament to his one of a kind genius.”

Jorge Gutierrez (The Book of Life, Son of Jaguar) added, “A giant of our medium has left us… a once in a generation talent that changed what animation could be and how it was perceived forever. Thank you for all your wisdom and inspiration. A legend FOREVER. You left animation better than you found it. I know you changed my life and work. Gracias, maestro Richard Williams.”

Williams is also known for his longtime passion project, The Thief and the Cobbler, a film he co-financed and directed that went in and out of production for more than 30 years. Eventually picked up again in 1988 by Warner Bros., the production unfortunately went over budget and was taken over by the bond company, which released a re-edited version without Williams’ participation called The Princess and the Cobbler in 1993.

I first met Richard and Mo more than 20 years ago, and had the privilege of meeting with him, on and off the record, many times since then. In one particular highlight, I remember back in 2013, when Williams’ career was celebrated through a two-month interactive exhibition in the Motion Picture Academy’s Grand Lobby Gallery that featured a set of 12 learning / display pods, including his then new iPad app and artwork. Honored as part of the 2013 Marc Davis Celebration of Animation, Williams dazzled a packed Samuel Goldwyn Theatre stage with a two-hour Masterclass that demonstrated once again not only his depth of insight and talent, but his unique position as an historic bridge to a bygone era of animation mastery.

In an AWN interview published about the event, I wrote about the memorable evening with considerable admiration:

“Much has been written about Williams’ career, his triumphs, including three Academy Awards, most notably for his work on Who Framed Roger Rabbit, as well as his ultimately beloved but doomed animated masterpiece, the epic The Thief and the Cobbler.  The man who at one point walked away from the industry he was so instrumental in shaping, has devoted almost 20 years now to channeling, distilling, consolidating and presenting the fundamental knowledge gleaned from his own 57 year career as well as from some of our industry’s most famous animators. Initially packaged in 1995 and presented in a series of 5-day Masterclasses, then followed up in 2002 by his must-have Animator’s Survival Guide book, in 2009 with a companion DVD set, and in 2013 now integrated into an interactive iPad app, William’s unique understanding of the animation process was forged over a lifetime spent learning and re-learning the fundamentals of what it means to animate.

On stage, Williams was always the humble master, constantly referring to himself as a ‘fraud’ in comparison to icons such as Milt Kahl, Art Babbitt, Ken Harris and Grim Natwick, all of whom at various times he concurrently employed and studied under, a process he more than once described as ‘drinking their blood.’ His quasi-autobiographical lecture was broken into two parts – Part One: How It Affected Me and Part Two: What I’ve Done With It.  In Part One, using a succession of clips, Williams described how and why specific scenes from films like King-Size Canary, One Froggy Evening and The Jungle Book made such an indelible impact on the very nature of his understanding and practice of animation.

For example, he talked in reverential tones about Milt Kahl’s work animating Shere Khan in The Jungle Book.  According to Williams, after seeing the film, ‘I came out of the screening a blithering wreck…I went back to my studio in a state of shock.’  Williams eventually invited Kahl to London.  Williams described their first meeting, as Kahl walked into the Soho studio lobby.  ‘I didn’t know what to do. I ran up to him and I started shining his shoes...He said, ‘You don’t have to keep doing that’ and I said, ‘Yes I do.’ There was a big painting up on the wall, a bunch of men’s heads. He said, ‘Who did that?’ I said, ‘Oh, that’s one of my paintings.’ He said, ‘Well, you can stop shining because you draw better than me.’ I said, ‘Oh, no, no, no.’  And then he said, ‘Well, on the other hand, keep shining.  Because you can’t animate worth shit.’”

AWN will share more memories and recollections in celebration of Williams’ life and career in the coming days.