3 More ‘Game of Thrones’ Spinoffs in Development at HBO

Streamer expanding the GoT universe with ‘9 Voyages,’ ‘10,000 Ships,’ and a series set in Flea Bottom, in addition to ‘House of the Dragon,’ ‘The Tales of Dunk and Egg,’ and a rumored animated series. 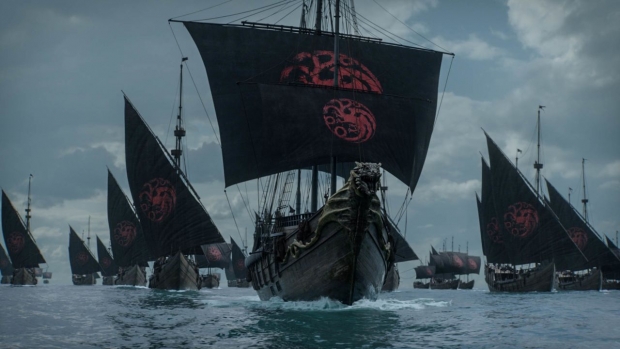 Praise the Gods old and new! HBO has been struggling to fill the Game of Thrones popularity vacuum, and the premium studio-turned-streamer kind-of has come up with a solution: replace GoT…with more GoT. Genius! In addition to House of the Dragon, The Tales of Dunk and Egg, and a rumored untitled animated series, HBO is adding three more projects to the mix: working titles 9 Voyages, 10,000 Ships, and a third venture focusing on Flea Bottom, a King’s Landing slum.

The first project, 9 Voyages, will follow Lord Corlys Velaryon, the greatest seafarer in the Seven Kingdoms who made (you guessed it) nine legendary voyages aboard the great ship Sea Snake. Lord Corlys, played by Steve Toussaint, is also set to appear in House of the Dragon. Apparently, HBO is anticipating the character will be popular enough to require a possible spinoff before the series even airs. Bruno Heller (Rome, The Mentalist, Gotham) is currently attached.

The second project, working title 10,000 Ships, will tell the tale of Princess Nymeria, ancestor of House Martell, who founded the kingdom of Dorne. If the name sounds familiar, Nymeria’s name and legacy was strong enough to be given to none other than Arya Stark’s dire wolf. How sweet!

The third and final project will be set in Flea Bottom, an unassuming sounding place that bred the notable characters Davos Seaworth and Gendry Baratheon.

HBO Max Chief Content Officer Casey Bloys told Deadline, “We are talking about other areas that make sense as well. George R.R. Martin’s world is so big and what’s interesting about it, not only is it big but he’s got a lot of road maps in terms of history.”

While most details on the expanding slate of GoT projects are still up in the air, House of the Dragon is set for a 2022 release.