The California Film Commission has vetted and approved 11 feature films, 13 television series and two made-for-television movies to receive $100 million in tax credits for the next fiscal year. 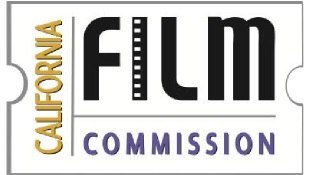 Eleven feature films, 13 television series and two made-for-television movies are among the 26 projects approved by the California Film Commission to receive $100 million in tax credits for the next fiscal year, according to a report by The Hollywood Reporter.

There are 15 studio and 11 independently produced projects on the list.

“Now in its sixth year, California’s tax credit program has proven to be our most effective economic development tool for retaining and attracting production jobs, spending and tax revenues,” said Amy Lemisch, the commission’s executive director. “The projects that receive our tax credit incentive will have a broad impact across the state’s economy as they create jobs and support thousands of small businesses.”

After a record 497 applications were made June 2 (up 30 percent over the prior year), the commission chose 23 by random lottery. Since then those have been reviewed and verified, with some being dropped, after which others were added.

The state’s new fiscal year begins Tuesday and runs through the end of June 2015.

The 26 chosen still have to meet approval criteria before they actually see any money. Each will have to show it created jobs in the state, complete postproduction and file required documentation, including audited cost reports. After it is reviewed and approved by the commission, a tax credit certificate is issued.

The commission estimates that they will eventually generate $802 million in direct spending in California, which includes $230 million in wages for below-the-line crewmembers (those who work on the movie besides the producer, director and stars).

The commission estimates that since the program began in 2009, including the newly approved projects, it will have generated $5.39 billion in in-state spending, including $1.7 billion in below-the-line wages.

The California Senate is currently considering a bill designed to extend and expand the current program of incentives, which is intended to keep film and TV work in the state, and deter a continuing trend of runaway production to other states and countries that also offer financial incentives. That bill has already passed the state Assembly and will next be heard by the Senate Appropriates Committee before Labor Day.