2017 edition of the Stuttgart International Festival of Animated Film kicks off with screening of Tomer Eshed’s animated feature, ‘Our Wonderful Nature: The Common Chameleon,’ and ‘The Head Vanishes’ by Franck Dion. 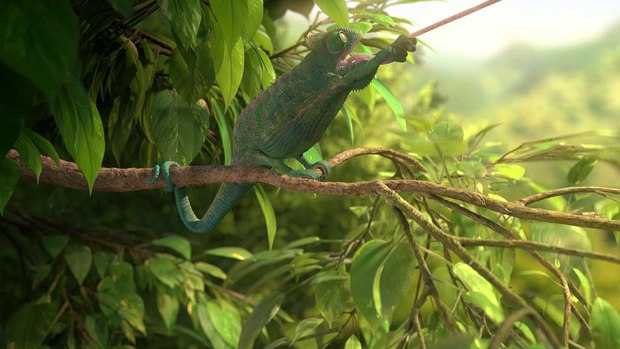 This year’s International Competition -- which received upwards of 2,000 submisisons from more than 80 countries -- started with a screening of Tomer Eshed’s animated feature, Our Wonderful Nature: The Common Chameleon, preceded by The Head Vanishes by Franck Dion from France.

For six days, ITFS will present more than 1,000 animated films in a program packed with more than 200 events. In addition to animated features and shorts, this year’s edition will spotlight games and music as well as Augmented and Virtual Reality. Sara Diamond and Brian Collins, part of the Google Spotlight Stories team, are set to present the film Pearl, the first animated VR movie nominated for an Oscar. Paul Barritt proves with his pre-premiere Cat & Mouse that theater and animation match perfectly. The enlarged GameZone in the Kunstgebäude shows the importance of animation in computer games, with more than 100 games exhibited over a 2,000-square-meter space for testing. And with the cooperation partner Breuninger the ITFS plays the façade with an Augmented Reality Game in the motto of the Festivals Trailer. Animation is everywhere and borderless.

Under the organizing theme of “Animation without Borders,” this year’s edition will also include screenings of current animated features like Finding Dory, Kung Fu Panda 3, Ice Age: Collision Course, Storks, and Studio Ghibli’s When Marnie Was There. See more program highlights at “ITFS Unveils 2017 Program Highlights,” and on the ITFS website.