Indian artist, writer and activist Aabid Surti and Technicolor Creative Studios India head Biren Ghose will be honored at this year’s virtual summit; the even runs May 23-27 and registration is free. 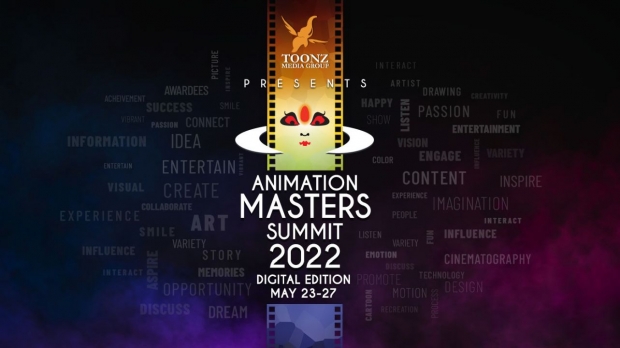 Animation Masters Summit (AMS) is an annual event sponsored by Toonz Media Group that celebrates the art of animation. The summit brings together experts from around the global animation industry to interact with aspiring young talent. The event also offers a platform for masters to offer inspiration and insight on what it takes to create, connect, and drive engaging content in this invigorating new entertainment era. This year’s event will be held virtually May 23-27 via the Zoom platform with the theme “Creativity for Good.” With a career spanning over six decades, Surti’s contributions include the popularizing cartoons and graphic novels in multiple Indian languages. He is the creator of several memorable characters such as Dhabbuji, Inspector Azad, Doctor Chinchu and the popular Indrajal comic superhero Bahadur.

A prolific author, he received the National Award in 1993 for his short story series titled `Teesri Aankh’. He is an acclaimed painter, having attended of one of India’s oldest art institutions, the JJ School of Art in Mumbai.

In more recent years, Surti has become a water conservation activist establishing the Drop Dead Foundation, which was started as an initiative to provide free plumbing service for residents in suburban Mumba.

India Country Head, Technicolor Creative Studios, Ghose is a prominent figure in the Indian animation visual effects, gaming, and comics (AVGC) community. As an industry leader he has made significant contributions to the growth and development of the AVGC sector. He holds several important roles in government and quasi-government agencies, institutions, and trade bodies.

Both the awards will be presented at the inaugural session of Animation Masters Summit on May 23.

The five-day Animation Masters Summit will include sessions by industry leaders from diverse fields of media and entertainment across the world. The keynote address will be delivered by Google India Country Head and Vice President Sanjay Gupta at the inaugural session.

Master sessions will include:

The Summit will host two panel discussions – one centered around the Summit theme, “Creativity for Good.  The second panel will focus on creating joy for kids through the medium of animation.

“Animation Masters Summit is Toonz’s flagship annual event where we provide a platform for young artists and students to interact with veterans in the field art and entertainment,” commented Toonz Media Group CEO P. Jayakumar. “The AMS awards have been instituted to honor legends in the field of art. Mr. Aabid Surti is a true legend in this regard, having made his mark in multiples streams of art from painting to cartoon, to writing. After a scintillating career of more than 60 years, he continues to work tirelessly focusing more on social and environmental issues now. He is an inspiration for not just artists but for everyone. It is a privilege for us to present this year’s Legend Award to Mr. Surti.”

He added, “Mr. Biren Ghose, who is being awarded the Special Contribution Award, has helped build the AVGC ecosystem in India with his visionary leadership. As a mentor and industry spokesperson he also played a significant role in fostering a strong and cohesive animation and VFX community in India.”

Registration is free – for additional information visit the event website.