Of the Animation Guild IATSE Local 839’s new set of officers, 3 out of 5 re-elected, with an additional 11 members chosen to serve on the executive board; electees will be sworn into office in December when their 3-year terms begins. 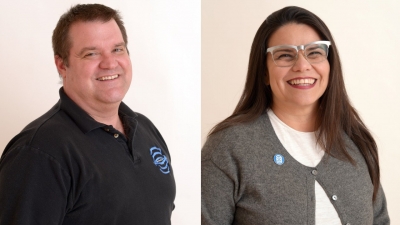 "It is an incredible honor to be reelected as TAG's Business Representative,” shared Kaplan. “The election results show the membership stands behind the work that we have put into growing the footprint, and therefore the strength, of the Local. I welcome the new Executive Board members in their leadership positions, and I look forward to working with them towards continuing the work of organizing the animation industry."

“We accomplished much during the last three years—organizing production staff, expanding to a national union, big gains in our last contract negotiations, and all during a pandemic and social and political unrest,” noted King. “The fact that I get to keep representing this amazing community for another three-year term with an Executive Board that is 75% women is a career high. I am looking forward to continuing the fight for respect for all animation workers.”

The 11 Guild members elected to the Executive Board, in order of vote count:

The following three candidates were appointed as Trustees, having received the most votes:

On December 6, 2022, the Officers and Executive Board members will be sworn into office, marking the beginning of their three-year term.