Submissions now being accepted as program expands to include live-action / animation hybrid projects. 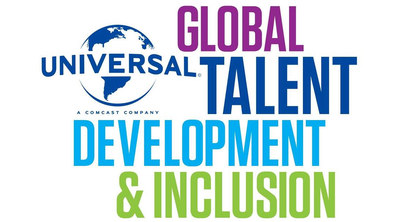 UNIVERSAL CITY -- Universal’s Global Talent Development & Inclusion division has announced the opening of the application period for its Writers Program, which will run through October 31, 2018.  The program will be expanding its submissions criteria for the first time to include live-action and animation hybrid scripts that maintain an emphasis on live-action content.

As the only feature film program to be sanctioned by the Writers Guild of America West, the studio seeks both up-and-coming and experienced storytellers who organically incorporate diverse and global perspectives in screenwriting.

Juel Taylor, an alumni of the studio’s 2017 writers program, was recently brought on to co-rewrite, with writing partner Anthony Rettenmaier, Shooting Stars, based on the book basketball legend LeBron James co-authored with Pulitzer Prize–winning author Buzz Bissinger.  The project is currently in development at Universal with SpringHill Entertainment and Rachel and Terence Winter.

“We are seeing great momentum with our writer’s program and are thrilled to now be accepting live-action and animation hybrid scripts given our studio’s foothold and strength in family entertainment,” said Janine Jones-Clark, SVP, Global Talent Development & Inclusion, Universal Pictures. “From day one, our biggest goal with the program has been to identify, grow and support a pipeline of talented artists internally, and we couldn’t be more excited to see one of our alumni working on a project in development at our studio.”

The application can be found at www.UniversalTalentDevelopment.com and will be available through October 31, 2018, with the Program commencing April 2019.

Launched in 2017, Global Talent Development & Inclusion (GTDI) leads the Studio’s inclusion and diversity efforts.  GTDI works closely with Universal Filmed Entertainment Group’s Production and Human Resources teams to identify and develop a pool of creative and workforce talent that builds upon the Studio’s commitment to telling stories and creating art with multicultural, global perspectives.  The GTDI is a resource for all divisions within the Universal Filmed Entertainment Group including Universal Pictures, Focus Features, DreamWorks Animation, Fandango and Rotten Tomatoes.