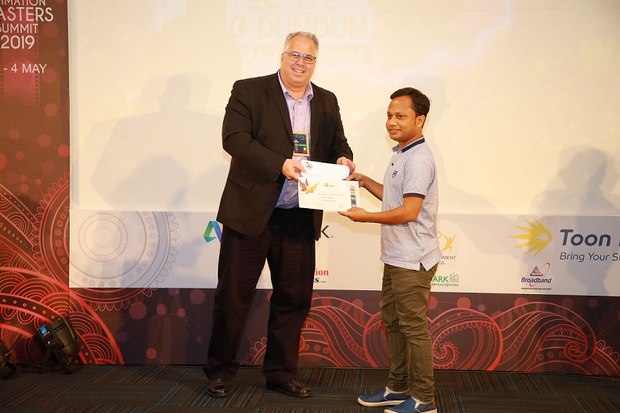 TRIVANDRUM, INDIA -- Toonz Media Group’s 2019 Animation Masters Summit has concluded its successful, two-day edition in celebration of the Art of Animation. Under the theme, “Connecting Content: Seeing the Big Picture,” this year’s summit brought together an exciting line-up of master speakers from the global animation industry, who both presented and networked with emerging creative talents and artists in attendance.

The AMS Cocoon Concept Lab is a program that encourages authentic storytelling and ideas by providing individualized concept development for up and coming concept creators and writers with a TV/Digital series idea or screenplay. This year, the summit received 74 entries from around the world. The projects were presented to a jury made up of representatives from key broadcasters across India.

The winner of the Cocoon Concept Lab was Narayn Talakudar, for his animation project: The Adventures of Detective of Dodo Dumdum.

The other finalists were:

Talakudar was received on stage by Bernard Boiteux, sales manager for the Asia Pacific Region at Toom Boom Animation. Talakudar was awarded a cash prize of 50,000 rupees and will have the opportunity to develop his project and present it to the international market under the Toonz banner.

Established in 1999 as the first animation event in India, Toonz celebrates animation by bringing together experts and leading figures from across the world. Aspiring artists and creative talents are inspired by masters who showcase their work to animation professionals, entrepreneurs and the media, sharing their knowledge, experiences, insights and inspirations.

Professor Raman Lal Mistry, animation guru and film designer, credited for creating the logo of Indian animation channel, Doordarshan, was awarded the Legend of Animation Award. The professor is a legend in the Indian animation Industry – he has inspired artists and talents across India over the decades.

The following master speakers attended AMS, sharing with and inspiring the 450 attendees:

In keeping with Toonz’s legacy of preserving local culture, the two-day event was rounded off with activities encompassing various forms of both traditional and contemporary regional art forms, including the puppet dance art of Tholpavakoothu, which was part of the program.