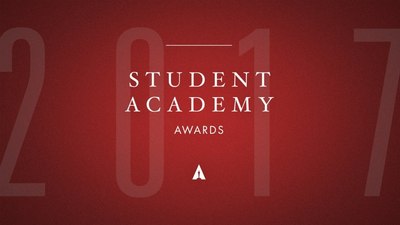 LOS ANGELES -- The Academy of Motion Picture Arts and Sciences has unveiled its list of finalists vying for nominations at the 2017 Student Academy Awards.

U.S. schools represented in the animation categories include CalArts, Ringling, SVU and USC, while international schools include Germany’s Filmakademie, the China Central Academy of Fine Arts, and Kingston University in the U.K.

The full list of 2017 Student Academy Awards finalists is shown below:

The Academy established the Student Academy Awards in 1972 to support and encourage excellence in filmmaking at the collegiate level. Past Student Academy Award winners have gone on to receive 46 Oscar nominations and have won or shared eight awards. They include John Lasseter, Pete Docter, Robert Zemeckis, Trey Parker and Spike Lee.