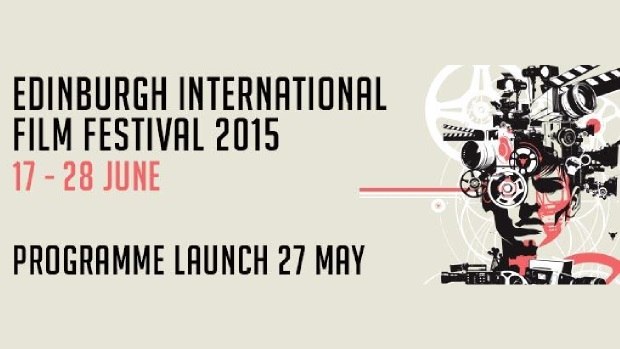 Edinburgh, Scotland -- Details of the program for the 69th edition of Edinburgh International Film Festival (EIFF) have been announced. This year’s edition of the Festival, which runs June 17-28, will showcase 164 features from 36 countries, including 24 World Premieres, eight International Premieres, 16 European Premieres, 84 U.K. Premieres and two Scottish Premieres.

The Animation strand, which champions the risk-takers and technical masters of the art form, features exciting new work as well as rarely seen retrospective gems from across the world. Along with the popular focus on Shorts, both British and International, this year’s program features not one, but two Masters of Animation: Ralph Bakshi and Barry Purves. The McLaren Award for Best New British Animation continues into its 26th year, and is once again supported by the British Council, and the Festival will also welcome back Disney-Pixar with the studio’s latest feature, Inside Out.

Complementing the 1970s vibe of EIFF’s LITTLE BIG SCREEN Retrospective, the Festival will present three features by cult-favorite Ralph Bakshi, America’s independent animation enfant terrible and the most successful director of animation throughout the 1960s and ‘70s. Bakshi’s early career for the small screen through his work with the Terrytoons studio throughout the sixties, and his subsequent move to the big screen with his X-rated feature Fritz the Cat (1972), blew the lid off saccharine, placatory animation for children, and inspired a generation of animators.

His influence is evident in the creations of notable directors such as John Kricfalusi (Ren & Stimpy), Matt Groening (The Simpsons), Trey Parker and Matt Stone (South Park) and Seth McFarlane (Family Guy). One only needs to look at the father figure in Bakshi’s semi-autobiographic Heavy Traffic (1973) to recognize the design prototype for Homer Simpson. Fritz the Cat, Bakshi’s feature debut, will form part of this focus, alongside his apocalyptic feature Wizards (1977) and his ambitious realisation of The Lord of The Rings (1978).

Bakshi is currently in production on a short animated film entitled The Last Days of Coney Island, and he will share an exclusive preview of his work in progress during a live Skype appearance after the presentation of Fritz the Cat on Friday, June 26.

Continuing the popular In-Conversation series which saw a focus of Richard Williams in 2013, and an illuminating panel on Norman McLaren in 2014, the Festival will also welcome acclaimed British stop motion animator Barry Purves for an exclusive on-stage interview with Animation Programmer Iain Gardner.

Barry Purves’ career spans over 30 years, encompassing TV work from Cosgrove Halls’ Wind in the Willows (1984-87) to Ragdoll Productions Twirliwoos (2015). His personal films have accumulated over 60 International Awards; BAFTA & Academy Award nominations, Lifetime Achievement Awards and an honorary Doctorate. Barry's early career was in stage management and he is still very much involved in live theatre productions, as well as in film. He has directed and designed for The Garrick Theatre in Altrincham, The Edinburgh Festival among others. Barry’s world-wide teaching on animation has also enhanced his reputation as a raconteur. His sublime animated films are imbued with the sensibility of theatre: the bare boards and distillation of emotional performance bring a frisson to his manipulation of puppets. Included in this retrospective screening are Barry’s own 35mm prints of Next (1989), Screenplay (1992), and Achilles (1995), in addition to his more recent films Plume (2011) and Tchaikovsky (2011). Barry’s intimate films have often courted controversy, and this special In-Person event, entitled THE NAKED ANIMATOR, will expose revealing insights into his creative process.

“I'm absolutely thrilled to be spending my 60th birthday at the Edinburgh International Film Festival, chatting about an art form about which I am still so passionate,” Purvis said. “The EIFF has always been so wonderfully supportive of animation, and I promise you an evening of insight about the craft, many behind the scenes secrets, and an unflinchingly honest take on a gloriously eccentric art. It's certainly been an unusual way to earn a living, and I would not have it any other way.”

Also included in EIFF’s Animation Programme is the U.K. Premiere of the new Disney-Pixar film Inside Out. Already picking up rave reviews after its presentation at Cannes, EIFF presents another perfect family outing courtesy of the outstanding talent of the Pixar Animation Studio.

Step inside troubled teenager Riley’s head and meet her emotions personified in the characters of Joy, Sadness, Fear, Anger and Disgust. When Sadness inadvertently gets herself and Joy lost inside the depths of Riley’s mind, an emotional rollercoaster ensues. Can the two find their way back and restore order to Riley’s emotional state or is she destined to remain in a spiral of despair. This latest film from the animation genius of Pixar, presented in Edinburgh’s magnificent Festival Theatre, will charm and delight audiences of all ages.

Within the Shorts program, charting the trends of the U.K. animation industry, The McLaren Award for Best New British Animation marches on to its 26th year, and comprises brand new work from renowned animation studios including Aardman Animation, THE LINE and Mackinnon & Saunders, as well as numerous talented independent practitioners. Meanwhile, the growing trend in animated internet memes and hoaxes, is reflected via a small selection of intriguing viral projects. Amongst the International programme will be the U.K. premiere for the latest outing of Australia’s Oscar winning director Adam Elliot; Ernie Biscuit. A total of 34 Shorts from seven different countries will screen across the British and International animated shorts programmes.

The legacy of Edinburgh College of Art’s renowned animation department is reflected in the number of graduates presenting work in the McLaren Award. In addition to freshly graduated Helen Chiu’s Gum, The Festival will premiere the latest work from triple BAFTA nominated film maker Ainslie Henderson with Stems, his endearing eulogy to stop motion animation puppets. Also receiving a World Premiere this year is ECA alumni Owen Rixon, whose impressive live action and animation hybrid Tooncopalypse depicts an Edinburgh overrun by an alien invasion of cute cartoon characters. Two alumnus from ECA graduate from the NFTS this year, and will share their impressive films; Man O Man by Simon Cartwright, and Pombo Loves You by Steve Warne. Another prominent name from the ECA course, BAFTA award-winning Will Anderson, presents The Infinity Project which continues his playfulness with the perception of online animation.

A selection of shorts from across the animation section have been nominated for The Best Short Film Award; these films are:

In an exciting addition to the public program, EIFF is offering the opportunity for emerging filmmakers to take part in the second EIFF Animation Lab which will take place Wednesday, June 24 through Friday, June 26. Following on from the pilot lab in 2014, up-and-coming filmmaker participants will come together to gain knowledge, advice and inspiration from key industry players. Events will include inspirational masterclasses and roundtables alongside sessions focussing on topics from feature length development to international working partnerships. Confirmed speakers to date include Adam Elliot and producer of Coraline and The Curse Of The Were-Rabbit.