The 21st Stuttgart Festival of Animated Film offers numerous workshops and presentations by renowned industry experts and animation filmmakers, as well as events and receptions to network and exchange ideas. 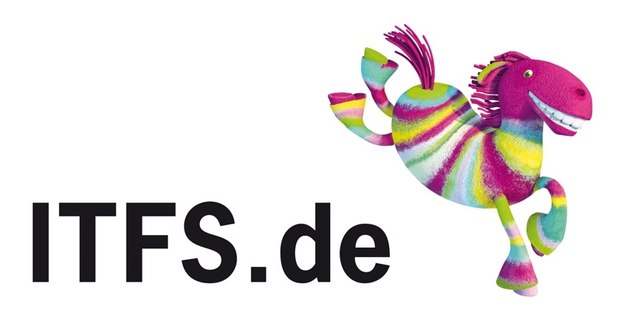 In just a few weeks, From April 22-27, Stuttgart will once again be the focus of the animation world. Representatives of the German and international animation scene, including producers, curators, filmmakers and programmers, will meet at the 21st Stuttgart Festival of Animated Film (ITFS) to discuss the latest trends and developments within the industry.

In addition to exciting competitions and a varied supporting program, there will be numerous workshops and presentations by renowned industry experts and animation filmmakers, as well as events and receptions to network and exchange ideas -- including the Opening Ceremony and the Award Ceremony (both events will also be broadcasted live to the cinema Gloria 2). The deadline for registration for ITFS is April 7.

Brand new this year: Festival organizers are offering ITFS attendees the opportunity to participate in Animation Production Day for free! Under the slogan "Changing Markets -- Who Wants What," high-profile keynote speakers will share their vision for the future of the animation industry. Peter Dinges, CEO of the German Federal Film Board (FFA) and representatives from the BBC, Disney, France Télévisions, KiKA, Nickelodeon, Super RTL, WDR and ZDF will outline their programming needs and their ideas about how to keep up with increasing expectations in today's audiences. The deadline for registration for the Animation Production Day conference is April 11.

At the ITFS “Work in Progress” program, producers and filmmakers will have the opportunity to present their animated film projects in front of animation professionals from all over the globe, who in turn have the opportunity to be the first to see new and interesting productions. This year’s projects are: Diplodocus by Wojtek Wawszczyk, Young Perez by Jean-Jacques Kahn, Kara by Sinem Sakaoglu, und The Cathinone King by Uri Marantz

In the studio presentations renowned international animation studios present themselves and their most known work. The latest productions of Blue Sky Studios (Ice Age, Rio) will be shown by Senior Animator Chip Loterzo. Studio 100 Media gives with “Wickie in CGI: a strong idea,” insights into the production of the 3D series about the clever Viking boy. Laika's new animated stop motion film The Boxtrolls will be in the cinemas this autumn -- head of marketing Mark Shapiro already tells us about the production. There will be further studio presentations, among others, by the Polish Studio Se-Ma-For, by the award-winning young Berlin based Studio Talking Animals, by Sehsucht, that established itself with animated commercials, by Woodblock/Polynoid, Dansk Tegnefilm or Studio Film Bilder.

Selected international film and art schools present themselves, among them the Tokyo University of Arts with Koji Yamamura (Oscar-nominated for Atama-yama), the Minshar for Art College (Tel Aviv) with Sarah Hatooka, the Estonian Academy of Arts with Priit Pärn, Stuttgart Media University with Prof. Bernd Eberhardt, Pforzheim University with Prof. Michael Throm, Prof. Matthias Siegert und Ulrich Ganter, as well as the Filmakademie Baden-Württemberg or Augsburg University of Applied Sciences.

Emmy winner Eric Shaw (SpongeBob, Word Girl) examines in his workshop, the creation of characters and stories for animated television series. Max Howard (former president of Warner Bros. Feature Animation and vice president of Walt Disney Feature Animation) provides detailed information on how to succinctly create and effectively pitch a story in his interactive workshop. Other workshops are offered by filmmakers Rao Heidmets, John Chambers (winner of the ITFS Screenplay Award 2013) and Studio Fizbin (for The Inner World recently nominated for the German Computer Game Prize). All workshops are free for ITFS industry participants.

Under the slogan "Let's play!" the Game Zone explores the intersections between animation and games. At the Game Zone Indie Talks, independent game makers, game studios, and developers such as Chasing Carrots and Grandé Games report on the creation and realization of their games. The Game Talks at the City Library Stuttgartrevolve around the topic of “Newcomers and Commerce.” In “Playful Art - playable intersection of art, film, and animation,” Matt Adams (Blast Theory) will speak about pervasive gaming and Maria Grau-Stenzel (Honig Studios) present the kick-start project Milli.

Creative Europe Desks Hamburg, Munich and Strasbourg and the MEDIA supported Danish workshop AniDox:Lab present the young genre of animated documentaries, Anidoc. Tim Leborgne runs the Animation laboratory, during which documentarians and animation film directors are brought together to develop their respective projects and maximize their artistic potential, for creative research. Furthermore, various projects (Hollow Land, Faces from Places) will be presented. Following the lecture there will be a reception of Creative Euro Media.

Stories and series in Neues Schloss -- The glamorous award ceremony of the German Screenplay Award takes place on April 23 in the impressive Weisser Saal of the Neues Schloss in Stuttgart -- in addition to industry participants of the ITFS all Animation Production Day visitors are very welcome. There will also be a reception. The price endowed with 2,500 Euros (donated by Telepool GmbH). At the gala will additionally be presented the Award for the best animated series for children from the competition section Tricks for Kids.

The In Persona series takes a thoughtful and personal look at the work and methods of internationally renowned animators of exceptional artistry, among them are Oscar-winner Chris Landreth, Jannik Hastrup, Oscar-nominees Michelle and Uri Kranot, the experimental animation filmmaker Paul Bush and others.

In the feature film competition AniMovie, numerous German premieres will be shown, including The Magic House by Ben Stassen and Vincent Kesteloot, Lisa Limone and Maroc Orange: A Rapid Love Story by Mait Laas, Giovanni's Island by Mizuho Nishikubo and Cheatin' by Bill Plympton. For this year’s guest country Israel, many program points are presented. The theme of the series "Animation History" is “Animation in World War I.”

The Stuttgart Festival of Animated Film (ITFS), April 22 – 27, 2014, was founded in 1982 and is one of the largest and most important festivals for animated film worldwide. Prize money of 70,000 Euros is awarded in nine competition categories. The Stuttgart Festival of Animated Film works in close co-operation with the FMX, Europe’s biggest Conference on Animation, Effects, Games and Transmedia, attracting industry professionals. Together with the FMX the ITFS holds the business platform Animation Production Day.