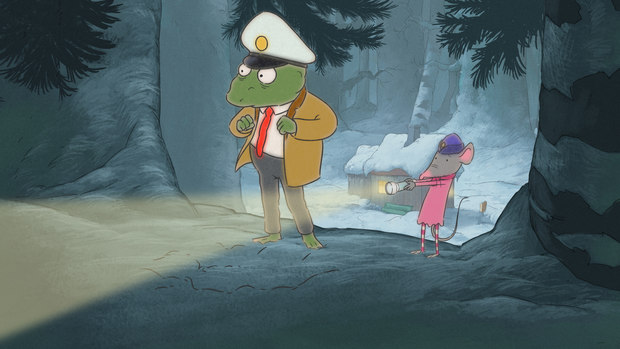 AMSTERDAM -- Cinekid for Professionals has selected 20 children’s film and television projects-in-development for its Junior Co-production Market, to be held October 25-26, 2018 during the Cinekid Festival in Amsterdam. The projects will be presented to more than 300 international professionals from the children’s media industry to encourage international co-operation. The selection includes both live-action and animation projects by renowned children’s media companies such as A Private View (BE), BosBros (NL), Kepler Film (NL), TamTam Film GmbH (DE), Tuffi Films (FI), Nutprodukce (CZ) and Submarine (NL).

The success of previous editions of the JCM is clearly visible in this year’s festival program. Los Bando, directed by Christian Lo, produced by Filmbin AS (NO) and presented at JCM 2016, is selected for Best Children’s Film Competition 2018. Gordon & Paddy, a film by Linda Hambäck, produced by LEE Film (SE) and presented at JCM in 2015, will also compete for the Best Children’s Film prize. Both films premiered earlier this year at Berlinale in Generation K+. Rosie & Moussa, directed by Dorothée van den Berghe (JCM 2016), produced by Caviar (BE) and a participant of ScriptLab 2014-2015, will compete in Best Dutch Family Film Competition. Netherlands production company The Film Kitchen (NL) returns with the feature Vechtmeisje by director Johan Timmers, pitched in 2015 at JCM where it won the Eurimages Co-production Development Award (€20,000). Vechtmeisje is also selected for the Best Dutch Family Film Competition.

Director Till Endemann, winner of the Burny Bos Best Project Award 2017 with Lucy Goes Gangsta, is selected with his new project Jakob, Tilda & The Mind Pirates. The film is produced by TamTam Film GmbH.

Another recent Script LAB project in the market is My Dad is a Sausage, directed by Anouk Fortunier -written by Jean-Claude van Rijckeghem, produced by A Private View (BE). Super Granny by Julie Skaufel and production company Onkel Film (NO) and Bifröst Media (UK), was participating in last year’s Script LAB as well.

The full list of selections for Junior Co-Production Market 2018 is shown below:

Free
Written by Anniken Fjesme
Directed by Guro Ekornholmen
Produced by Filmbin AS (NO)
Production country: Norway, The Netherlands, Sweden

My Dad is a Sausage
Written by Jean-Claude van Rijckhegem
Directed by Anouk Fortunier
Produced by A Private View (BE)
Production countries: Belgium, The Netherlands

The Scarab Flies at Dusk
Written and directed by Atle Knudsen
Produced by Monster Scripted (NO)
Production countries: Norway, Sweden

The Junior Co-production Market (JCM) is part of Cinekid for Professionals (CfP), the industry component of Cinekid, the largest children’s media festival in the world. The Junior Co-Production Market is an integrated two-day event that enables global financiers, broadcasters and producers to assess new and innovative film and television projects. The JCM reflects the high degree of interactivity and potential for finance across these sectors. All the projects will be presented in an environment designed to encourage international co-operation. The market starts with a public pitch of all the projects followed by a day and a half of one-to-one meetings between project representatives and potential collaborators and financiers.