Twenty children’s film and television projects in development selected for the Junior Co-production Market to be held October 26-27, 2017 during the Cinekid Festival in Amsterdam. 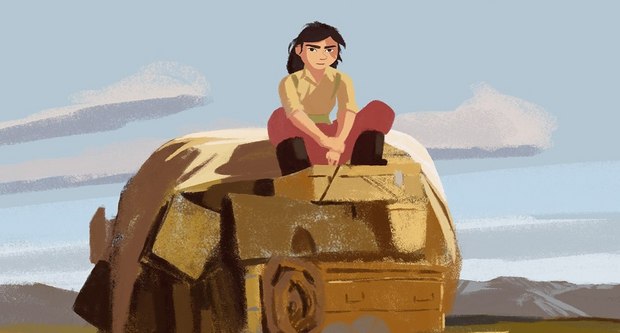 The Netherlands’ Cinekid for Professionals has selected 20 children’s film and television projects-in-development for its Junior Co-production Market, to be held October 26-27, 2017 during the Cinekid Festival in Amsterdam. The projects will be introduced to more than 300 international professionals from the children’s media industry.

The selection includes both live-action and animation projects by renowned children’s media companies, such as Maybe Movies (FR), Mint ab (SE), Waking The Dog (BE), Serendipity Films (BE), Fabelaktiv as (NO), Bufo (FI), Topkapi Films (NL), Weydemann Bros (DE), The Film Kitchen (NL) and many other talented media makers.

The Junior Co-production Market (JCM) is part of Cinekid for Professionals (CfP), the industry event of Cinekid, the largest children’s media festival in the world. The Junior Co-Production Market is an integrated two-day event that enables global financiers, broadcasters and producers to assess new and innovative film and television projects. The JCM reflects the high degree of interactivity and potential for cross-finance across these sectors. All the projects will be presented in an environment designed to encourage international co-operation. The market starts with a public pitch of all the projects followed by a day and a half of one-to-one meetings between project representatives and potential financiers.

The success of previous editions of the JCM is very much reflected in this year’s festival program. The opening film Next Door Spy, directed by Karla Von Bengston and produced by Copenhagen Bombay Productions, was pitched at JCM in 2016. Oscar’s Amerika, produced by Original Film (NO) and pitched at the JCM in 2014 (winning the Eurimages Co-production Development Award), had its premiere at Berlinale 2017 Generation K+ and is selected for Cinekid Best Children’s Film Competition 2017. After the success of Long Way North, screened at Cinekid 2015, Rémi Chayé’s second feature will be pitched, his new story is based on the story of Martha Jane Cannary. Catti Edfeldt, director of Siv Sleeps Astray will also return to JCM with the new television series StAr, produced by Munck, Sweden. Producers Jan van der Zanden and Ineke Kanters (The Film Kitchen) are presenting Tim Oliehoek’s new children film project Sinkhole. They previously produced Simone van Dusseldorp’s Life According to Nino, which opened Cinekid in 2014.

Two awards are up for grabs at the JCM. Firstly, there is the Burny Bos Best Project Award (€2,500 cash prize) for best overall project in the market. Secondly, the prestigious Eurimages Co-Production Development Award will grant €20,000 to the best film project with European co-production potential.

The winners of both awards will be announced on Friday 27 October.

The full list of selections for the Cinekid Junior Co-Production Market 2017 is shown below: