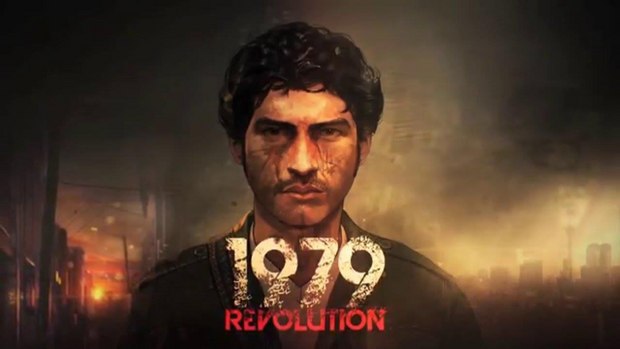 1979 Revolution: Black Friday is a video game conceived by a group of developers who may not ever be able to go back to their native Iran because they’re daring to document the history of the troubled nation.

Taking on the persona of Reza Shirazi, an aspiring photojournalist who gets swept up in the unfolding revolution in Iran in September 1978, players must make a series of choices that affect the way the story plays out as the game progresses. 1979 Revolution begins with the day Shirazi first photographs protesters from a Tehran rooftop until he finds himself imprisoned in Iran’s notorious Evin Prison in 1980.

Outside of films such as Persepolis, based on the graphic novel by Marjane Satrapi, the personal and historical perspective of actual Iranians doesn’t get a lot play in mainstream Western media. But Iran is home to millions of people, many of whom have lived through political crucibles that Westerners could never imagine, and 1979 Revolution’s mission is to shed light on the human cost of regime change.

Maintaining historical accuracy in the game was important, according to director, co-writer and co-creator Navid Khonsari in an interview with VICE News. Khonsari has been branded a spy by the Iranian government for his role in developing the game, while other Iranians working on the project have had to protect their identities during the development process. Khonsari and his team reportedly conducted extensive interviews with people in Iran who lived through the revolution, basing Shirazi’s fictional story in part on those real-life accounts.

Here’s a scene, entitled “One of Us,” that drops the player into the world of 1980, where Shirazi has been captured and detained in Evin Prison, and is subjected to one of its most haunting interrogators:

A former developer at Rockstar Games, makers of the Grand Theft Auto franchise, Khonsari says the interactive, story-driven nature of 1979 Revolution is a direct link to his work on GTA. “No one would give a shit about it if you didn't make a great game,” he said to VICE. “I would love first and foremost for people to be entertained and engaged.... But hopefully the secondary element of what we put out there is starting a conversation. We're not looking to create world peace. We're looking to create some empathy and less judgment so we can actually start working toward a more positive outcome.”

Khonsari has coined the term vérité games to refer to his creation -- a game that seeks to allow its audience to “explore, play, listen, and interact within the real events of the Iranian Revolution of 1979.”

1979 Revolution, which started as a mobile game, launched a version for desktop computers earlier this week, on April 5. The game is available for Windows and Mac platforms on Steam, GOG and Humble.