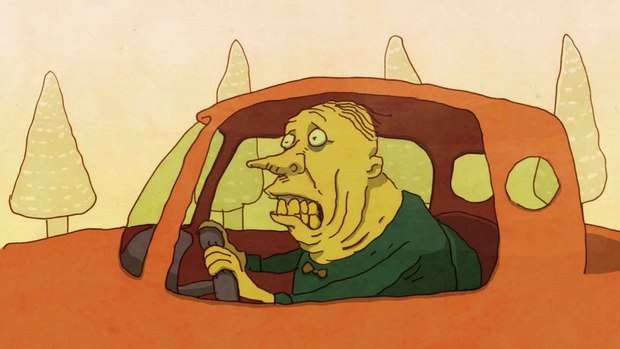 NEW YORK -- The 15th annual Tribeca Film Festival has announced its lineup of 72 selected short films; 45 are world premieres and 53 are in competition at the Festival. The selected shorts were curated from a record number of 3,553 submissions and will be presented in eleven programs made up of six narrative, four documentary, and one animation curated by longtime Festival supporter Whoopi Goldberg. The 2016 Tribeca Film Festival will take place April 13-24.

“Short-form storytelling has always been an integral part of Tribeca’s programming,” said Sharon Badal, Vice President of Filmmaker Relations and Shorts Programming. “Short films are where new talent is discovered and new ways of telling stories emerge. Creative content and consumer viewing habits are changing and short films are perfect for this growing audience. We’re thrilled to be able to champion these films, and equally excited to provide an opportunity for audiences to see them at the festival.”

A special evening of short films with a musical performance will serve as the Festival Hub film program opener on April 15 where Michael Rapaport will debut his short documentary Hard Lovin’ Woman which explores the sacrifices acclaimed actress, Juliette Lewis, makes to pursue her first love, music. The rock band, Juliette and the Licks, will perform following the screening. It will be preceded by the short on artist Bradley Theodore, Becoming: Bradley Theodore, directed by Matt Pizzano.

TFF has several first-time short programs this year: a music-driven documentary selection (Rock and a Hard Place), Sci-Fi (Warped Speed), and a program of stories from the west coast (California Dreaming). A program celebrating powerful sports stories (Sports Shorts) has also been created as a new addition to the Tribeca/ESPN Sports Film Festival sponsored by Mohegan Sun. These new sections join the traditional programs from years past including global truths (First Impressions), profound life lessons from the US and abroad (Learning Curve), documentary shorts addressing historical and timely issues (Past Imperfect), and international studies (Pressure Points). The popular New York shorts return in two programs - one documentary (New York Then) and one narrative (New York Now) both of which are comprised entirely of world premieres.

Rounding out the programming, Whoopi Goldberg, a friend of TFF since its inception 15 years ago who has served as a member of the esteemed jury for the Festival, curates an animated shorts programs aptly titled Whoopi’s Shorts. These animated gems are directed by both established and emerging talent from around the world. These shorts, showcasing imaginative storytelling and captivating craft, will all screen at the Tribeca Festival Hub on April 17.

Performance by Juliette Lewis and the Licks following the screening.

Tribeca becomes bi-coastal with our first program of stories about an L.A. kind of life.

Looks are deceiving as we traverse the globe in search of the truth.

Poignant or profound life lessons are embodied in these shorts from here and abroad.

These documentary shorts include both human stories and New York’s past.

These documentary shorts address historical and timely issues with clarity, creativity and contemplation.

The weight of the world rests heavily on the shoulders of these international characters.

Rock and a Hard Place

In this music-driven documentary shorts program we start out gently and ramp up to high-energy rock & roll.

We tip our hat to the 50th Anniversary of Star Trek with our very first sci-fi shorts program that will definitely beam you up.

All the people equipped with the chip can see your new appearance and you can see theirs. But, the chip is only active for 12h a day... In French with subtitles.

Skaters, ballers, and boxers populate this nonfiction program that celebrates the power of a great sports story.

This animated shorts program, curated by Whoopi Goldberg, showcases imaginative storytelling and captivating craft from around the world. This program is suggested for those 14 and older.

2016 Awards for the Shorts Program

Awards in the Shorts program are given out for Best Narrative Short, Best Documentary Short; and the Student Visionary Award; all films in competition sections are eligible.

About the Tribeca Festival Hub

The Tribeca Festival Hub is located at 50 Varick Street. For 10 days, the Festival Hub is abuzz with activity that engages the senses, providing a hands-on opportunity to experience the best in storytelling and what happens when it collides with the latest technology. From groundbreaking virtual reality to inspiring films, tv and talks with the best storytellers in the world and can’t-be-missed interactive installations, festival goers converge on the hub to be inspired. The Festival Hub Pass is currently on sale, tribecafilm.com/festival/tickets

Passes and tickets for the 2016 Festival

Passes, including the Hudson and Festival Hub Passes, are on sale now at tribecafilm.com/festival/tickets. The Festival Hub Pass provides access for one to all public events at the Festival Hub at Spring Studios throughout the Festival, including interactive and virtual reality installations, the Virtual Arcade, Tribeca Storyscapes and DEFCON exhibits, Interactive Day and Imagination Day, select Tribeca Talks events, special screenings, live music and performances, as well as Pass Holder Lounges with food and drinks. It also provides access to the Disruptive Innovation Awards, two screening vouchers redeemable for evening/weekend or matinee-priced tickets, discounted rates on festival screening tickets, and an invitation to a Tribeca Film Festival Filmmaker Party. The Festival Hub Pass costs $550.

The Hudson Pass provides access for one to all public events at the Festival Hub, as well as Pass Holder Lounges with food, and drinks. It also provides access to all evening/weekend and matinee screenings, all Tribeca Talks, the Disruptive Innovation Awards, and a Tribeca Film Festival Filmmaker Party. The Hudson Pass costs $1,250.

Advance selection ticket packages are now on sale. All advance selection packages can be purchased online at tribecafilm.com/festival/tickets, or by telephone at (646) 502-5296 or toll free at (866) 941-FEST (3378).

Single tickets cost $20.00 for evening and weekend screenings, $10.00 for weekday matinee screenings, and $40.00 for Tribeca Talks panels and special screenings. Single ticket sales begin Tuesday, March 29 and can be purchased online, by telephone, or at one of the Ticket Outlets, located at Bow Tie Cinemas Chelsea (260 W. 23rd Street), and Brookfield Place (250 Vesey Street). The 2016 Festival will offer ticket discounts on general screenings and Tribeca Talks panels for students, seniors and select downtown Manhattan residents. Discounted tickets are available at Ticket Outlet locations only.