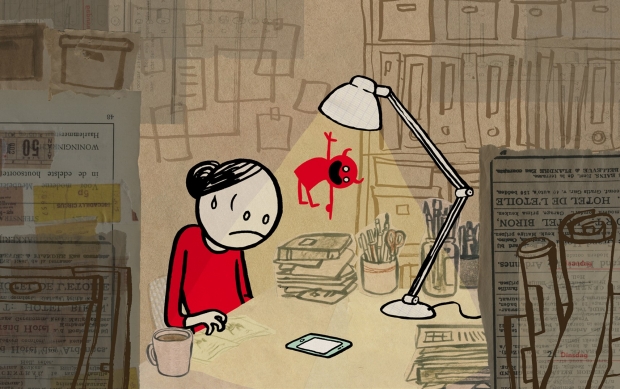 In light of the COVID-19 pandemic that forced the cancelation of its live edition in Stuttgart, the 14th Animation Production Days (APD) was able to successfully pivot and hold an online event, with 123 registered participants from 21 countries taking part. The selected animation projects and possible co-operations were discussed in approximately 600 individual, pre-planned video meetings. A joint venture of Stuttgart International Festival of Animated Film (ITFS) and FMX – Conference on Animation, Effects, Games, and Immersive Media, APD is a key business platform for animation in Germany.

In early March, 50 submitted projects were selected to be presented at the APD 2020 Digital Edition. At the time the Stuttgart event was canceled on March 13, 160 professionals had already registered to participate.

“For us, it was actually clear immediately that we had to try and get a digital version up and running,” explained Animation Production Days’ head, Marlene Wagener. “A major part of the preparation work had already been undertaken and, for many animation producers, APD is a key event to progress the development of their projects. Because the one-to- one meetings are at the heart of APD, we focused on making them possible in digital form.”

“It was a huge feat to reorganize APD as a digital event so quickly,” noted Film- und Medienfestival gGmbH commercial managing director and organizer, Dieter Krauß. “Our heartfelt thanks go to our colleagues Marlene Wagener and Amelie Mack for this effort!”

“I'm very pleased that Animation Production Days were so well received in their new digital form,” added FMF artistic director, Prof. Ulrich Wegenast. “This approach could be an opportunity for APD to develop a hybrid event format in the future."

"With this year's digital edition of APD, we believe we found an adequate format for a time of crisis, but we do hope that we can all meet together again in person next year,” commented FMX conference chair, Andreas Hykade. “Because without personal contacts, we won't be able to produce personal films in the long run.”

The feedback from participants was positive:

“I never would have imagined that a digital edition with video one-to-one meetings could work as efficient as it did,” remarked KiKA deputy head of fiction, acquisitions & co-production, Stefan Pfäffle. “However, I very much look forward to meeting again in person during an analogue edition 2021.”

"The e-meetings turn out to be almost as good as the face to face meetings that is the APD trademark,” shared Nince Ninja CEO & producer, Thomas Borch Nielsen. “We had many great talks and a lot of laughs.”

The ITFS Trickstar Business Award, which for the first time was split between a project and a company, was awarded to Good enough; Burnout Diary and E.D. Films. Normally presented at an award ceremony during the APD program, it was presented this year online as part of Grand Award Ceremony of the online edition of the ITFS on Sunday, May 10. at 7 pm. The award is endowed with €7,500 and recognizes ground-breaking national or international business models for projects or companies in the animation industry. The award is sponsored by the Region Stuttgart association.

In keeping with its tradition of providing a platform for outstanding personalities and projects, the FMX – Conference on Animation, Effects, Games and Immersive Media has launched an online series entitled Highlights of FMX 1994–2020 to bridge the gap until the community can meet again in person. The online series will continue bi-weekly through the end of the year with highlights from talks and interviews with speakers from its 25-year history. Each show features an extended interview with the personality of the day and will include a Q&A