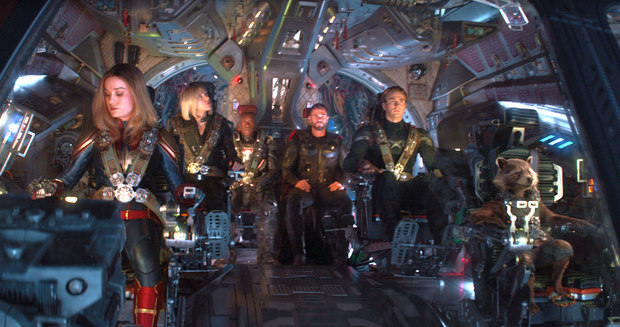 Leading into this past weekend, the question on most film industry watcher’s minds was, “Just how big is big?” Today, we finally know. With an estimated combined domestic and international haul of over $1.2 billion, according to Box Office Mojo, the highly anticipated Disney and Marvel follow-up to last year’s adventure hit, Avengers: Infinity War, Avengers: Endgame, absolutely shattered every film debut box office record in existence.

By way of comparison, its $350 opening domestic take was just slightly less than $100 million more than the previous record holder, Infinity War, which opened to a then-considered-huge $257 million last year. Endgame captured a stunning 90% of the money spent at North American theatres this past weekend. Projecting ahead and comparing to Infinity War’s final domestic tally of $680 million, as well as the $936.6 million earned by reigning box office champ, Star Wars: The Force Awakens back in 2015, Endgame certainly looks to become the most successful Marvel film ever.

Adding in over $866 million generated overseas, the film was also the fastest to reach $1 billion at the global box office, doing so in just five days. It has already almost doubled Infinity War’s first five-day total of $640.5 billion, and its $330 million China opening was that country’s largest ever – its set opening weekend records in 44 other countries as well.

Elsewhere within the pile of incredible paltry box office scraps left for the rest of the field, Marvel’s Captain Marvel continued to pickup solid numbers in its eighth week of release, generating a tad over $8 million domestically to bring its total worldwide cume to $1.11 billion. Warner’s Shazam! pulled in $5.5 million to bring its worldwide total to $345 million. Disney’s Dumbo continued to fly along, with another $3.2 million domestic and a global cume of $328 million.

LAIKA’s Missing Link dropped out of the top ten with a meager $950,000, bringing its domestic total to $15.4 million, though it has yet to open in any overseas markets. Good reviews and word of mouth have not been enough to generate any audience love at box office, and the studio’s fifth, and many say best, hybrid stop-motion / CG feature has taken an unexpected drubbing so far in theatres.