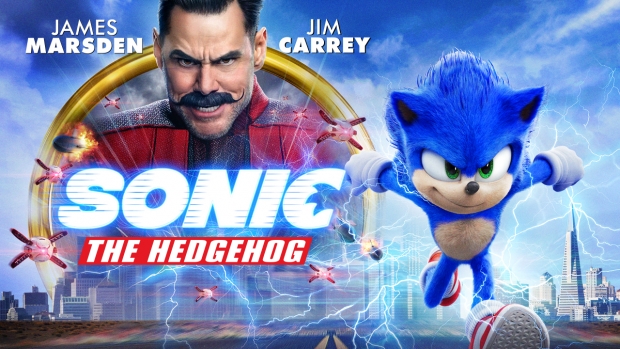 HOLLYWOOD – Paramount Home Entertainment has announced the early release of Sonic the Hedgehog, debuting on digital March 31, 2020; the 4K Ultra HD, Blu-ray, DVD and for rental on demand or disc release is set for May 19.

Powered with incredible speed, Sonic the Hedgehog (Ben Schwartz), aka The Blue Blur, embraces his new home on Earth. That is, until he accidentally knocks out the power grid and sparks the attention of super-uncool evil genius Dr. Robotnik (Jim Carrey). Now it’s super-villain vs. super-sonic in an all-out race across the globe to stop Robotnik from using his unique power for world domination. Sonic teams up with The Donut Lord, aka Sheriff Tom Wachowski (James Marsden), to save the planet in this action-packed hit that’s fun for the whole family.

For a limited time, the 4K Ultra HD and Blu-ray Combo packs will include a printed, limited edition comic book featuring an adventure with Sonic and The Donut Lord.