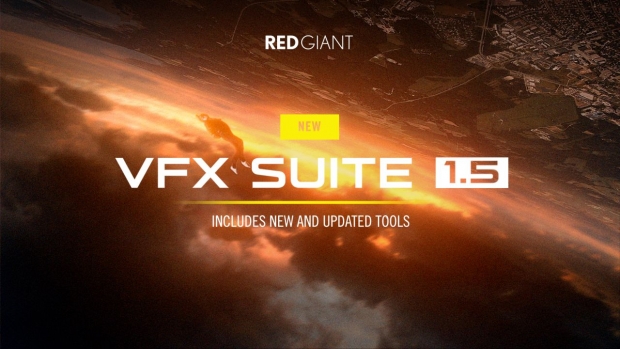 PORTLAND, OR -- Red Giant has released an update to VFX Suite, its collection of keying, tracking, cleanup and visual effects compositing tools, all right inside Adobe After Effects. The VFX Suite 1.5 update introduces Lens Distortion, a new tool for matching the distortion of any lens and provides updates to some of the original tools.

“When we released VFX Suite last year, our goal was to solve the challenges faced by professional VFX artists by giving them next generation tools right inside of After Effects,” commented Maxon/Red Giant’s chief creative officer, Stu Maschwitz. “With VFX Suite 1.5, we’re excited to build on that with new and updated tools that allow for even better visual effects and compositing results.”

Lens Distortion is a new tool that makes matching the distortion of a lens easy, so that elements can be seamlessly composited in a shot - it can determine the type of lens used for a shot on its own, in an instant. As curved lines are identified that should be straight, the lens distortion tool quickly solves the lens.

Red Giant VFX Suite is available as a subscription or as part of Red Giant Complete.