The free virtual event’s 2021 theme is ‘Merging Physical and Digital Worlds – The Rise of the Metaverse;’ 3-day program features sessions, keynotes, and demos, all focused on real-time technology and its impact on the workplace and how people connect. 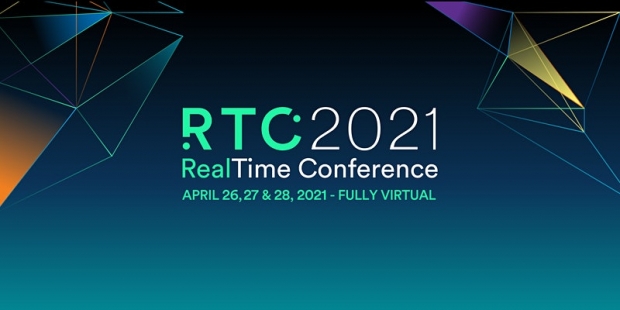 The RealTime Conference (RTC) has released the first look at its upcoming April 26-28 event, centered around the theme, “Merging Physical and Digital Worlds – The Rise of the Metaverse.” The live, online-only show will offer three 14-hour days filled with sessions, keynotes, and demos, all focused on how real-time technology can create new workplaces, new workflows, and new ways of staying connected while remaining apart.

More than 6,500 attendees from over 100 countries are expected to attend, and all sessions will be interactive (no pre-recorded sessions), giving attendees the opportunity to engage with speakers and other participants in real-time. To help support the growing real-time community during the pandemic, all sessions are open to real-time professionals and newcomers alike. Registration is open and free.

The Khronos Group president Neil Trevett will deliver the opening keynote, “Building the Metaverse One Standard at a Time.” Marc Petit, VP, general manager, Unreal Engine at Epic Games, will also give a keynote devoted to “Collaborative Work in Creative Industries,” followed by a panel of CEOs discussing the feedback from a year of pandemic, and where the industry will go from there. Additional topics will touch on virtual production, design, fashion, esports, 3D commerce, architecture, neural rendering, edge computing, cloud computing, haptics and more.

RTC’s April event will also feature live demos highlighting some of the most advanced real-time tools available, including the Omniverse platform from NVIDIA (powered by HP ZCentral), Unreal Engine’s MetaHuman Creator and a demo of Digital Domain’s “Talking to Douglas,” followed by a keynote address titled “The Challenges in Creating an Autonomous Digital Human.”

More speakers and sessions are being added daily. Confirmed sessions include:

“RTC is a community driven event, and just one year after launching our conference we have several great partners and speakers in our corner, as well as thousands of attendees from all around the world,” commented RTC founder Jean-Michel Blottière. “With everything happening in the world right now, both technologically and culturally, it just goes to show that it’s definitely the right time for real-time.”

RTC has also expanded its advisory board to include:

Sponsors for RTC 2021 include Epic Games' Unreal Engine, Foundry, HP, The Khronos Group, and NVIDIA, with additional partners to be announced in the coming weeks.

A second RTC event will be held November 15-16 and will be immediately followed by the Real-Time Innovation Awards on Thursday, November 18, which will see winners voted on by the RTC community.