How To Succeed in Animation

Well, no one is perfect.

Hundreds of happy messages have come to me since the time AWN began publishing this book on line, and only one piece of hate mail. In that one the anonymous (natch) writer ranted in heavily bleepable language – that ALL of my films sucked, and wished I would promptly die.

Well luckily I lived on, but never became perfect. I don't think that I ever achieved 100% rotten filmmaking. I'm happy to say that all the other writers felt that I do have something positive to say about animation. I thank you all for your 99.9% praiseful letters.

Most of the writers wanted to know three things:

1. After my earliest smelly beginnings as a cartoonist, as delicately described in Chapter 10, "My Talent Discovered," I did go on to drawing on actual pape.

Growing up in Hollywood I soon came into the thrall of the local animation studios, and developed movie mania. My parents could not afford to buy me what I yearned for, a real motor driven 16mm movie projector, so I started out at the age of 8 by making my own projector out of a shoe box. This is a photo of it; a reconstruction of my original hand made projector. A small mirror was inserted inside, behind the clear glass light bulb, in hopes of increasing its intensity.

An ordinary magnifying glass was glued to the end of a cardboard toilet paper tube, which could be moved in an out in an effort to focus on a white bedsheet, pinned to my bedroom wall. Thus I obtained a dim projected image of colored ink drawings I made on a strip of what we called "onion-skin" paper, slowly drawn through a slot in the box by that handle, (rescued from one of my mother's flour sifters). There were no ready made high-tech plastic toys available in the ancient times of my childhood, but my lucky day arrived when my mother took me to downtown L.A. Christmas shopping. In the May Company department store Toyland, I spotted a device that made me wet my little pants all over again. It was this pressed metal, green crackle enamel finished wonder toy that brought me into the world of animation! It had a decal on the side of a little dark-skinned boy riding on an elephant, and the name, “KIM.”  It apparently referred to Rudyard Kipling's Kim, a book I had actually read. So this became my "Kim Projector," and in fact, my "Rosebud!" Many years later, when my first toy projector was long lost but not forgotten, I named my first son Kim. I suppose he is the only person in the world named after a cartoon projector! Today, Kim Deitch is a famous cartoonist himself, and bears the name Kim with pride.

Note that this cunning toy has two lenses. Inside the front section is a simple shutter. As you turn the crank, the 4 inch wide paper strip advances, and the shutter opens the top and bottom lens alternately. On the translucent paper strip are two-position drawings. For example, a walking figure with striding legs on the upper area, and legs together on the bottom. As you turned the crank, the figure would move forward, and the shutter would alternately open the upper and lower lens.  The figure’s legs would thus appear to open and close, and a simple effect of a walking figure would be project on your bedsheet screen. There were all kinds of two-phase animation possibilities. Some printed rolls with Popeye and other characters of the mid-1930s were available, but for me, the real thrill was that I could actually make my own cartoon stories, and I already had a "Pol Parrot" figure sketched out.  As I grew up, my Kim projector fell into disuse, and moving from one house to another, it got lost.  I spoke of my "Kim" projector to many people over the years, trying constantly to find one, or something like it, but no one ever heard of such a two-lens device. Finally, I saw something similar one year in an exhibit of rare projection devices at the Annecy animation festival in France, and after yearning and looking for over 60 years, finally my son Kim himself found it in the collection of Glenn Bray, who was kind enough to gift it to me, fulfilling my dream of once again possessing my "Rosebud."  It now has an honored place in our Prague apartment!

But even at the age of 10 I had already outgrown both the shoebox and Kim paper projectors, and finally did get a hand-cranked 16mm film projector. Although as a kid I could not make films, it was possible to buy small reels of Mickey Mouse excerpts, which gave me a chance, by cranking slowly and back and forth, to work out the basis of actual drawn animation.

2. From my Prague ashram I am not in a position to be personally knowledgeable about specific schools or courses in animation, so I cannot in good conscience tell you which schools to go to. The person who does know where the best schools are is Karl Cohen of ASIFA San Francisco.  karlcohen@earthlink.net

Aside from what's in my own book, I can strongly recommend you to read and study Richard Williams' book, "The Animator's Survival Kit." Whereas my book, "How To Succeed in Animation," lays out a general way how to understand what animation is all about, and how to think about it, Richard's book is specific on the bones and sinew of animation itself. Everything you need to know about how to actually animate, and animate marvelously, is in Richard's book!

3. How to get a job! Some writers want to know specifically how I got my first job in an animation studio. (UPA-Hollywood.) But hey, that was way back in the last century!  But even if it was yesterday, the movie industry, the way animation is used, the market conditions, connections to make, the changes in technology, preparation and training needed will all be different!

I told you in Chapter 7, to "Make Luck Happen," how to make out the best within the prevailing conditions. What I wrote there is really all I can tell you. Do your homework, get your name out, be ready for whatever door may open. There is nothing sure. This is a tough line of work, and very rarely a road to riches. If you are determined to be an animator, if you love doing it, if you are really good at it, maybe a job will find you!  Do I promise that?  No. But your own determination will help you over the inevitable hurdles. Just go for it! But please don't ask me for what I cannot deliver. Please do write me for advice within the creative areas. Maybe I can help you there. In the meantime, I thank you all for your interest and for reading "How To Succeed in Animation," and remember: "Don't Let a Little Thing Like Failure Stop You!" 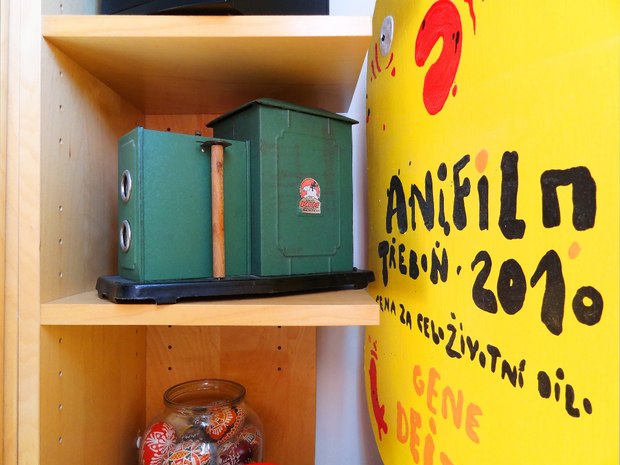 How To Succeed In Animation