The Kew Gardens Festival of Cinema is a non-profit organization established to support the development, and help expand the audiences, of independent cinema from around the globe. 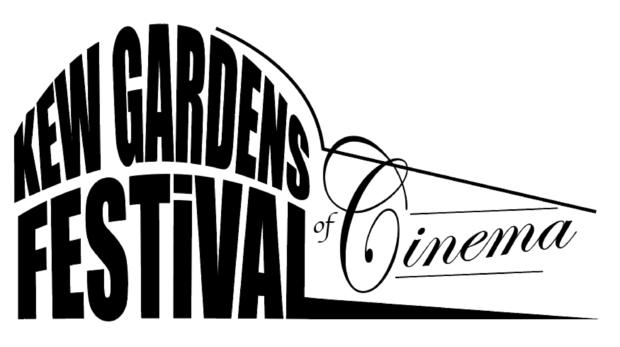 Terrace on the Park, Built for New York World’s Fair in 1964, to Host Awards Gala

Submissions From NYC and Around the Globe Now Open

Kew Gardens, Queens, New York - Kew Gardens Festival of Cinema, a non-profit organization established to support the development of and help expand the audiences for independent cinema from around the globe, announces its inaugural festival to take place Aug. 4-13, 2017. Screenings will be hosted exclusively at the historic Kew Gardens Cinemas, Queens’ only operating arthouse theater, built in the 1930s. This marks the first-ever and only film festival to be held in Kew Gardens.

Kew Gardens Festival of Cinema was founded by three local independent filmmakers with a passion to get movies made and to expand the reach of artists’ work. Recognizing the challenge of the visibility of independent film, the Festival’s aim is to establish a presence in and spread awareness of cinematic creativity throughout Kew Gardens and its vibrant and culturally diverse neighboring communities including Forest Hills, Rego Park, Woodhaven and Glendale.

Not only is Kew Gardens known as the neighborhood that raised comedians Rodney Dangerfield and Ray Romano, but just a few minutes away is the recently built Broadway Stages. This area of Queens has now been featured in several blockbuster Hollywood films like “The Babysitter,” “Goodfellas” and “Spider-man” as well as major network TV shows including “Daredevil,” “The Good Wife,” “Blue Bloods,” “The Get Down,” “Luke Cage” and “SNL.”

As a competitive festival, the program will run for 10 days and consist of more than 100 remarkable short- and feature-length films from all genres, including often-overlooked categories such as documentary, horror, comedy, animation and experimental. Each film will be judged in its respective category by the Festival’s specially selected jury of industry professionals.

Along with filmmaker Q&A's after each screening, the festival will also hold industry panels featuring some of the best names in independent cinema discussing their strategies, their struggles and how they broke into the film business. Other panels will consist of conversations with independent producers, casting directors and distributors. Industry guests who have expressed interest in participating in the Festival are Lloyd Kaufman, founder of TROMA films; Larry Fessenden, actor/writer/director/producer with Glass Eye Pix; and  Joe Minion, writer of “Vampires Kiss” and “After Hours.”

Winners for every category will each receive a personally engraved unique statuette at the Grand Awards Gala on the final night of the Festival to take place on the rooftop penthouse of the world-famous Terrace on the Park, built for the New York World’s Fair in 1964. Located in Flushing Meadows Corona Park, it features panoramic views of some of Queens' greatest landmarks, including the renowned Unisphere and the New York State Pavilion.

“We aspire to draw not only artists and filmmakers from around New York City, but from all over the world,” said Kew Gardens Festival of Cinema Founder and Executive Director Jayson Simba. “We are giving the residents of Kew Gardens and its surrounding neighborhoods the opportunity to experience Hollywood in their own backyard.

“What makes our festival stand out is that we are focusing on the truly independent film. We want to see the work of filmmakers and their teams who have poured their blood, sweat and tears into making their vision come to life. Our goal is to remind people why film festivals exist in the first place—to give otherwise unknown filmmakers the opportunity to screen their film in front of large audiences and have their work seen.”

Since making the announcement of the upcoming inaugural event, news of Kew Gardens Festival of Cinema has been spreading like hot fire in major media outlets. The Wall Street Journal called the Festival “New York City’s next major film event.” Stories also appeared in The Huffington Post, Time Warner Cable NY1 News, DNAinfo.com, and in every single newspaper published in the borough of Queens. Here are some highlights:

Calling all filmmakers — there’s a new Festival coming to town!

For more information on Kew Gardens Festival of Cinema and to submit a film, visit:

Watch the Kew Gardens Festival of Cinema launch video at: