The Midwest Independent Film Festival presents its first ever Animation Showcase at Landmark's Century Centre Cinema on Tuesday, May 2nd. 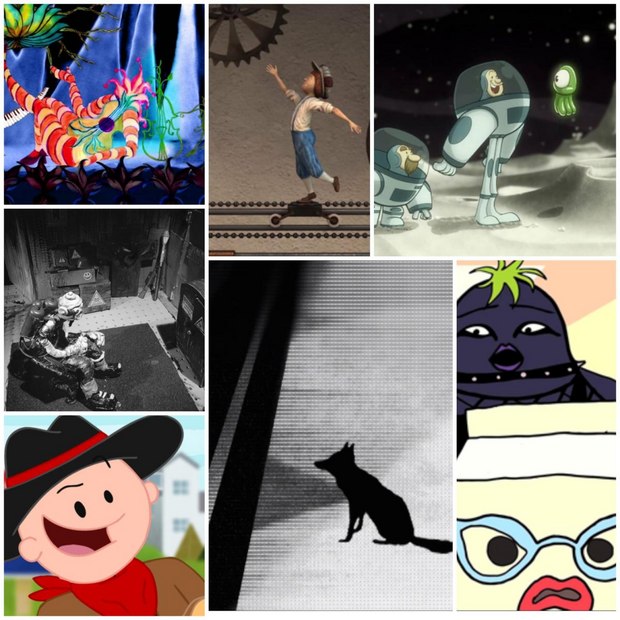 The Midwest Independent Film Festival presents its first ever Animation Showcase at Landmark's Century Centre Cinema on Tuesday, May 2nd, with festivities beginning at 6 p.m. The best in animated filmmaking throughout the Midwest will take to the screen, including the World Premiere of Joel Benjamin’s When It Floods and the Chicago Premiere of 2016 Student Academy Award winner Die Flucht from Champaign filmmaker Carter Boyce. Fourteen outstanding animated films in all, with filmmakers in attendance for a post-screening discussion with the audience.

Here is the lineup for the Midwest Independent Film Festival’s inaugural Animation Showcase:

Where It Floods. Calvin and his family try to maintain their farm and survive in a flooded midwestern landscape despite the fact that (mostly) everyone else seems to have moved on to somewhere safer. Directed by Joel Benjamin. World Premiere.

Die Flucht. Winner, Student Academy Award 2016. Die Flucht follows the story of a lonely figurine, traveling on a fixed track, trying to catch a red balloon. When the machine breaks down, the boy comes to life, and attempts to finish the cycle he was originally destined to be on forever. Directed by Illinois filmmaker Carter Boyce. Chicago Premiere.

Resuscitation. From Milwaukee filmmaker Hannah Raye White comes a narrative that imagines itself as a living house. The act of becoming is never as expected, but it is fundamental to the experience of being. World Premiere.

Chicagoland. This film follows a lone urban coyote in search of sustenance for herself and her pups while navigating the perils of the Chicago landscape, both man-made and natural. Directed by Ben Kaufmann for Manual Cinema. Festival Premiere.

The Midwest Independent Film Festival is the nation's only film festival solely dedicated to the Midwest filmmaker, presenting audiences with regionally produced independent cinema every first Tuesday of the month at Landmark's Century Centre Cinema, 2828 North Clark in Chicago.  This year-round film festival sits proudly at the center of the independent film scene in Chicago and the Midwest and is dedicated to celebrating and strengthening that community.

This film festival is made possible in part by a grant from the Illinois Arts Council, which receives funds from the National Endowment for the Arts.